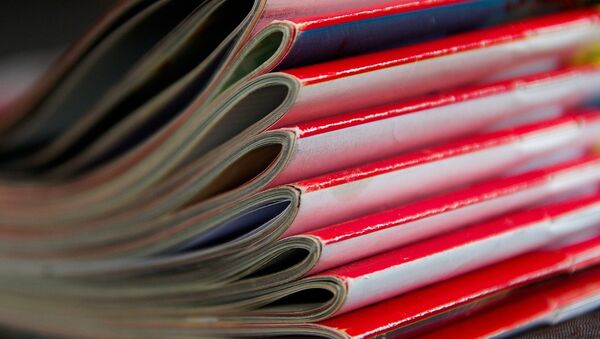 A single statement slashed the 25-year-long career of a German journalist who had been working for the German television and radio company WDR. She shared her story with Sputnik.

Mainstream Media Says 'Russian Propaganda' Creating Fifth Column in US Military
Journalist Claudia Zimmermann was a freelance correspondent for the WDR for about 25 years. The company ceased all cooperation with her after she told a Dutch radio station that the main stream media in Germany tend "to support the government's point of view."

The journalist expressed this opinion based on her personal experience. In particular, she noted that WDR had always strictly recommended she expresses a certain position in her publications.

"During a talk show in the Netherlands I said that we in the WDR — I was talking about me as a journalist personally — cover the migration crisis, rather, in a pro-government vein. In particular, I meant the new year's eve in Cologne, where there were many incidents. When I was asked about this, I said that we should cover the migration crisis, as well as the new year's eve events, rather, positively," Zimmermann said in an interview with Sputnik Germany.

MSM Want Trump to Be 'Only US President Not Allowed to Do Anything'
Her statement sparked vivid reactions across Europe and primarily in Germany. Zimmerman was summoned to the WDR office and offered to reconsider her statement. Officially she was not fired, but, as she said, from that moment she stopped receiving regular assignments from WDR. It also turned out that the archive of her materials for WDR disappeared from the internet.

Prior to her speech on the Dutch radio station, WDR bought eight of her 10 articles, Zimmermann said. Then they completely stopped buying her materials.
Nevertheless, Zimmerman is confident that her opinion is right, which was confirmed by a study of media analyst Michael Haller.

"Of course, I continued to track the coverage of certain topics in the media and came to a conclusion that nothing had changed. On the contrary, I had an impression that it was getting worse. When the study was published, I realized that it completely coincided with my experience and my observations," she noted.

The journalist came to her conclusion on the basis of her own experience. For example, her critical topics on migration issues were rejected because "they could become food for Pegida."

"After what I said, I was approached by many colleagues who called, talked to me in person or wrote letters by email — and everyone told me that I was right," she said.

Claudia Zimmerman is currently working for Dutch media and is actively dealing with the problem of fraudulent online brokers. On this subject, she recently published a book called "Terrorists of Financial Markets."