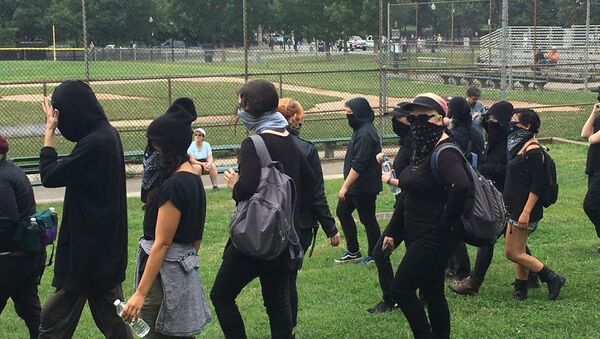 © Sputnik / Kristin Dailey
Subscribe
International
India
Africa
There have been no injuries or property damage during protests around the Free Speech rally in the US city of Boston, Police Commissioner William Evans said.

WASHINGTON (Sputnik) — On Saturday, thousands of people descended on the Boston Common, with the vast majority of these being counter-protesters who chanted slogans against the Free Speech rally and US President Donald Trump.

"No one got hurt, no one got killed… In fact, we have no significant at all property damage," Evans told a briefing aired by the CNN broadcaster.

Boston police took extra precautions to avoid a repeat of Charlottesville, where clashes erupted between protesters and counter-demonstrators. The violence culminated in the Virginia town when a Nazi supporter slammed his car into a group of counter-protesters, killing 32-year-old Heather Heyer and leaving 19 others injured.