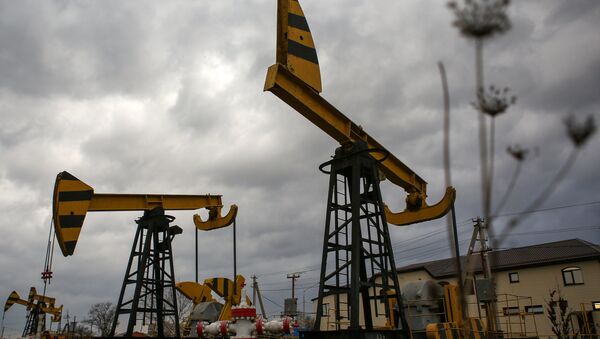 Scientists from the Tyumen State University, a research center in Siberia, Russia, announced a technological breakthrough in oil production that can boost oil development through initiating underground chemical reactions.

A group scientists from Siberia, Russia, have announced the creation of a new technology for gas thermochemical fracturing, RIA Novosti reports.

"The technology will let our economy achieve growth in power generation capacity without extensive exploitation of natural resources," believes Galina Lazareva, a scientist who worked on a mathematical model for the project.

To produce the necessary equipment and do testing "in the field", the Tyumen University worked jointly with the N. M. Emmanuel's University of Biochemical Physics, the Sibneftemash plant and a service company named The Oil Technology Center.

The new method is able to compete with foreign ones that are now present in the Russian market.

In particular, the development might reportedly become an alternative to hydraulic fracturing, which originated in Russia but then was widely applied in the US to produce shale oil.

While hydraulic fracturing is about drilling and injecting fluid into the ground at a high pressure in order to fracture shale rocks to release the fossil fuel, gas thermochemical fracturing is a whole new ball game.

Reagents are transported to the productive strata (an area where the oil is present), where they are then mixed. The chemical reaction gives off heat and gas. As a result, a large crack appears in the underground rock, hydrocarbons and water are warmed, making oil extraction much easier. This raises the ceiling of an oil well's productivity.

In addition, the technology is eco-friendly. The main component applied is ammonium nitrate, which is often used as fertilizer. When it decomposes, water and nitrogen are the only elements left.

Russia May Have Own Technology of Underwater Oil Production by 2021-2022
If the technology is implemented in the oil industry, oil production volumes can be up to six times bigger, the Tyumen State University said in a statement.

Implementing the technology can have different (yet always positive) results depending on the properties of the oil reservoir and the quality of the oil itself, explained Professor Konstantin Fedorov, the scientific consultant of the project and the director of the Physico-chemical Institute of the Tyumen State University.

Professor Fedorov revealed some impressive statistics to illustrate his findings: on average, oil production increases from 1.7 to 6 times, but there are cases where a 10-20 fold increase has been measured. The duration of the improvement lasts approximately 300-1000 days. The application of the technology has so far seen almost a 100% success rate.

The Oil Technology Center is conducting experimental-industrial trials in the oil fields that belong to Lukoil and Rosneft. The service company is planning to put the new technology to wider use — it will soon be applied in oil fields of other major Russian oil companies such as Tatneft, Bashneft and Gazprom Neft.