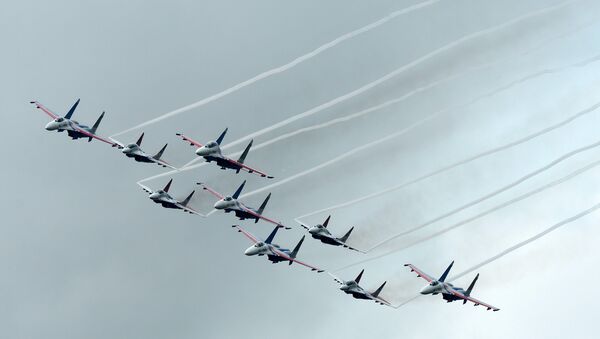 CHANGCHUN (Sputnik) — He said Russian and Chinese teams had the same overall medal tally and both landed atop the podium. "This contest brought us all together," the commander added.

"Our team came first in the contest. It was a close fight, the Chinese pilots proved to be worthy opponents, but our pilots were unparalleled," Col. Gen. Victor Bondarev told reporters.

Aviadarts, which closed Thursday in China’s Changchun in Jilin Province, is one of 16 contests of the international Army Games 2017, hosted by Russia, Azerbaijan, Belarus, Kazakhstan and China. The games started on July 29 and will last through this Saturday.