Over 31,000 Tourists Evacuated From China’s Soutwester Sichuan After Earthquake 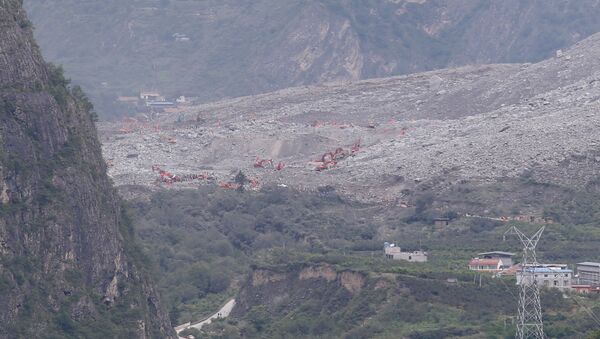 More than 31,000 tourists were evacuated from China’s Ngawa Tibetan and Qiang Autonomous Prefecture of the Sichuan province after a strong earthquake hit the area, according to the prefecture’s authorities.

"To date, 31,500 tourists were evacuated to safe places, they were provided with basic necessities," a statement of the administration said.

The 7.0 magnitude earthquake hit the Sichuan province late on Tuesday, with the epicenter located at the depth of 8 kilometers (around 5 miles). According to the latest data released by the prefecture’s authorities, at least nine people were killed and 164 injured.

On Wednesday, another powerful quake of 6.4 magnitude hit China’s northwestern Xinjiang region. There were no immediate reports of casualties or damage.