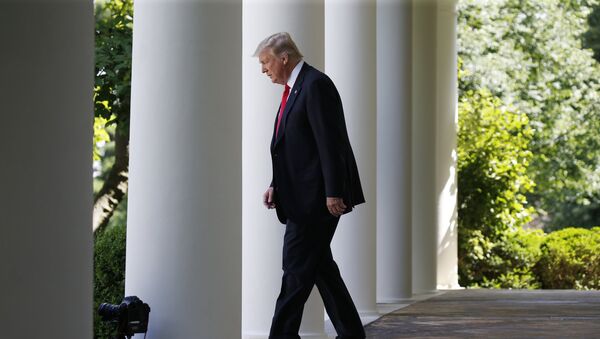 According to a poll, Donald Trump has his lowest approval rating since May.

"Slightly more than 2 in 5 registered voters (42 percent) said they approve of the president’s performance in office, 1 point above the previous low, which also came in mid-May," a release on the poll from Morning Consult stated.

The poll found that 56 percent of independent voters and 84 percent of Democratic voters disapprove of Trump's job performance.

Trump is still holding on to a majority of support among Republicans, with 79 percent approval, the poll noted.