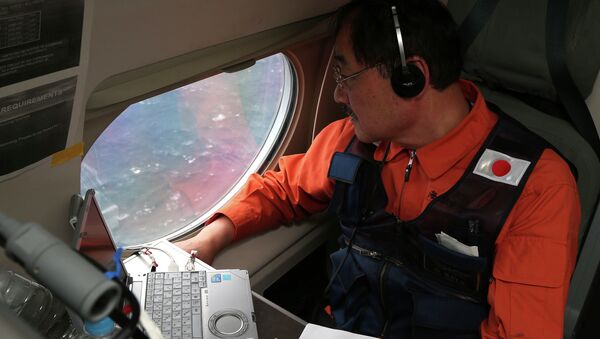 Speaking to The Australian on the heels of an aviation summit, Bellew suggested that due to "advances in science" including "the availability of artificial intelligence that’s coming on stream," the downed passenger plane will eventually be found — within the next three or four years, he predicts.

Though Bellew failed to offer details on what specific research would lead to a breakthrough, he added that private efforts could help in finding the bulk of the plane.

The missing jet first disappeared from radars on March 8, 2014, as it traveled from Kuala Lumpur to Beijing. A three-year, multi-million dollar search by Australia, Malaysia and China failed to offer any concrete evidence on what actually happened, and was ultimately called off.

With debris that is confirmed to be from the doomed flight continuing to wash up on nearby island shores, the families of the 239 people on board the the Boeing 777-200 have teamed up with experts to conduct their own independent research.

"[There are people] who are spending a lot of their own resources at the moment and coordinating with authorities," Bellew told the Australian. "I do think somebody will make a breakthrough somewhere around this, or a combination of people."

Malaysia Lets Private Parties Search For Missing MH370 Plane
"It will create a situation where there will be some chance of pinpointing the location of where the aircraft may well be," the CEO added.

Since the investigation wrapped up, Australia has released detailed maps to the public marking the areas of the sea floor where officials have searched. Malaysia stated that a full report on the flight will be released by the end of this year, Fox News reported.

According to Australian Transport Minister Darren Chester, the underwater search for the downed jet will not resume unless new evidence pinpointing a specific location of the plane emerges.

"We remain hopeful that new information will come to light and that at some point in the future the aircraft will be located," the International Business Times reported Chester as having said.