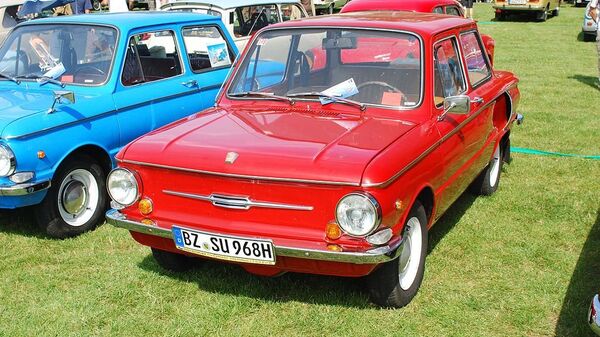 © Photo : Torsten Maue
Subscribe
International
India
Africa
Ilya Tsukanov
All materialsWrite to the author
The Zaporizhia Automobile Plant, known during the Soviet period as makers of the legendary Zaporozhets and Tavria subcompact cars, has been sold off for just over $9 million US.

Ukraine's Deposit Insurance Fund reported last week that ZAZ, the Zaporizhia Automobile Plant, was sold at auction last week for 243 million hryvnia (about $9.4 million US). ZAZ owner UkrAuto sold the factory to Unistream Invest, a financial company with no ties to the automotive industry. Ukrainian and Russian automotive enthusiasts fear the sale could mean the end of Ukraine's automotive industry.

Known in the Soviet period as a true 'people's car', ZAZ's rear-wheel drive, rear-engined Zaporozhets started production in 1958 with the hunchbacked, beetle-like ZAZ-965. With a price tag of just over 1,500 rubles, the car was sold for practically the price of a motorcycle. The company always recognized that their vehicles were the only opportunity for many Soviet families to own a personal car, and was proud of its 'people's car' brand. 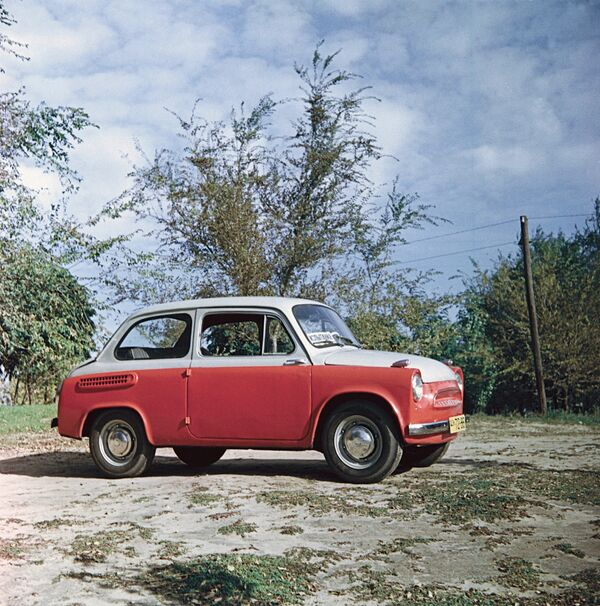 The next generation of Zaporozhets subcompacts, the ZAZ-966, was introduced in 1966. Priced at over 3,000 rubles, the car still remained the most affordable car available for purchase in the Soviet Union. The vehicle was affectionately nicknamed "big-ears" and "Cheburashka" by the public due to the round air intakes found on either side of the car to cool its rear-mounted engine.

In 1979, ZAZ upgraded its Zaporozhets design with the ZAZ-968M, which removed the vehicle's "ears" and updated the interior design. The ZAZ-968M would continue production until 1994. 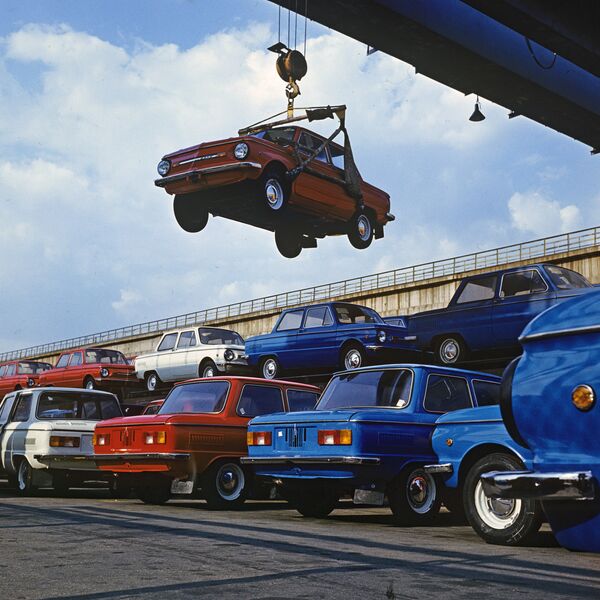 ZAZ-968Ms at the ZAZ factory being loaded up for transport.
© Sputnik / I. Kropivnitskiy
/
Go to the mediabank

Another well-known ZAZ design was the ZAZ-1102 Tavria, a front-wheel drive subcompact design which made a big splash in the Soviet automotive community when it was released in 1987. In the late 1980s, the car began a campaign to win over foreign markets, including Latin America and Western Europe, but its success was cut short after the collapse of the Soviet Union.

In the 1990s, ZAZ would continue production of the Tavria, as well as the ZAZ-1103 Slavuta, a five-door liftback design introduced in 1995. By the late 1990s, the plant slowly began turning into an assembly plant for Korean car companies, and later, Chevrolet, while production continued to fall. By 2013, the plant with an annual capacity of 120,000 vehicles built only 20,000 cars.

After the coup d'état in Kiev, production fell further, to 13,000 cars in 2014. In 2016, according to Ukrainian automotive market research firm AUTO-Consulting, production halted almost completely, with only 526 vehicles produced, 403 of them cars. The company blamed its desperate situation on the collapse of foreign trade ties, including ties with Russia, and the economic crisis facing the country, which caused a severe decline in the local automotive market.

'Marshall Plan' for Ukraine: Illusions of Economic Recovery
In 2016, ZAZ engineers introduced a new design meant to revive the Ukrainian car industry – the Slavuta Nova five door hatchback, a clone of the Chinese Chery Riich G2. The company was hopeful that the association agreement with the European Union would allow it to sell its vehicles on European markets. Several foreign delegations, including automakers from Daimler, Peugeot-Citroen and Renault-Nissan, also visited the plant to discuss cooperation, but no agreements were reached.

Production never got off the ground. The company had taken out loans with the plant itself listed as collateral, and last week, the Deposit Insurance Fund reported on the plant's sale at auction.