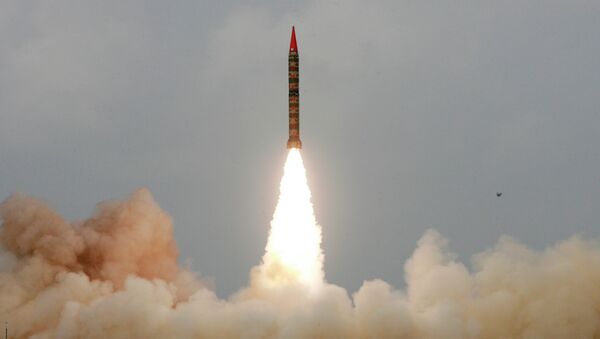 Tensions are growing between India and Pakistan over the disputed territory of Jammu and Kashmir. So far this month, 11 people have been killed and another 18 injured amid violations of the ceasefire along the line of control. RIA Novosti contributor Ilya Plekhanov warns that the conflict risks turning into a threat to global stability.

So far in the month of July, nearly a dozen people have been killed, with 4,000 more forced to leave their homes amid rising tensions on the line of control, the military delineation between the Indian and Pakistani-controlled portions of Jammu and Kashmir. Delhi and Islamabad have traded accusations over the crossfire.

Pakistan Summons Indian Diplomat After Kashmir Ceasefire Violation
Amid the flaring of tensions, Indian ex-minister of information and broadcasting Venkaiah Naidu, recently nominated as the National Democratic Alliance party's candidate for vice president, said on Sunday that Pakistan should remember its loss in the 1971 India-Pakistan War, after which Bangladesh broke with Islamabad and gained independence.

Earlier this year, analysts told The New York Times that there was circumstantial evidence to suggest that Delhi was considering a reinterpretation of its nuclear doctrine, which presently prohibits the first use of nuclear weapons. Under the current doctrine, India prescribes the use of its nuclear arsenal for a massed retaliatory strike against enemy cities in the event of a Pakistani attack.

India Partners With Israel to Develop Missile Defense System
Now, experts warn, the Indian military is considering modifying its doctrine to include limited preemptive strikes against Pakistan's nuclear arsenal, ostensibly for self-defense. For now, the idea remains speculation, and based on an analysis of recent statements by Indian officials.

According to RIA Novosti contributor Ilya Plekhanov, such speculation even carries the risk of pushing Pakistan to increase its own nuclear capabilities, and unleashing a nuclear arms race between the two nuclear powers. Secondly, the journalist warned, a revision of India's doctrine could lead Islamabad to consider any escalation as a pretext for an Indian first strike.

India and Pakistan are estimated to have stockpiles of about 120-130 and 130-140 warheads each, respectively. Indian delivery systems include the Prithvi and Agni short, medium and intermediate range missiles, as well as a submarine-launched intercontinental ballistic missile (currently under development). Pakistan, meanwhile, possesses the Babur short to medium range nuclear-tipped cruise missile, nuclear-capable medium range ballistic missiles, and is reported to be testing new air- and sea-launched cruise missile systems, as well as nuclear-capable tactical missiles. 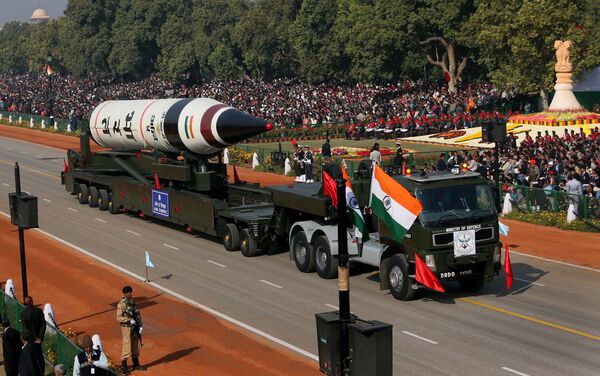 Earlier this year, Pakistan accused India of speeding up its nuclear program, and of preparing for the production of up to 2,600 nuclear warheads. In early July, the Stockholm International Peace Research Institute's report on global nuclear arsenals said that both countries are expanding their nuclear weapons stockpiles, and developing new delivery capabilities.

Last week, Pakistan Army brigadier (ret.) Feroz Khan, an expert on Pakistan's nuclear program, told a panel in Washington that Islamabad's doctrine on the use of nuclear weapons was similar to the one NATO had during the Cold War, when alliance policy was to use tactical nukes against advancing Warsaw Pact forces in the event of war.

Meanwhile, Plekhanov wrote, for India, Pakistan's arsenal of tactical nuclear has become a strategic problem. "If Pakistan uses only tactical nuclear weapons, and only on the battlefield, then an Indian response involving the bombing of Pakistani cities would make look Delhi look very bad. Hence the talk in India about changing the interpretation of their doctrine, including the elimination of Pakistani arsenals before they are put into operation."

Donald Trump's arrival in the White House is another reason for growing Indian assertiveness, the journalist added. "India believes that with the new American president, it will have much more decision-making freedom in its nuclear policy. US-Pakistani relations under Trump are also on the decline; Washington has stopped considering Islamabad a reliable ally in the fight against militants in Afghanistan. India, naturally, is reassured by this." 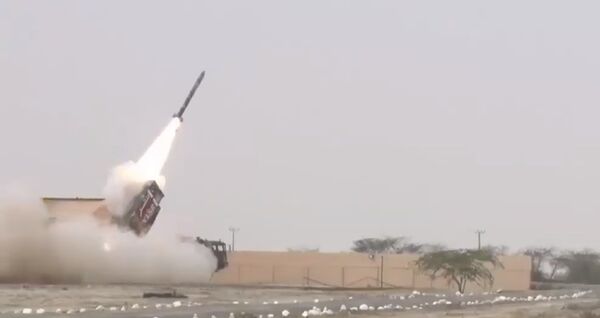 Ultimately, Plekhanov warned that the growing tension on the Indian subcontinent could lead to disastrous consequences. "An escalation in Jammu and Kashmir, or a major terrorist attack in India, like the one on Mumbai, may very well serve as a trigger, kicking off a chain of events and leading to a preventative nuclear strike by one side against the other."

Indian Investigators Arrest Kashmiri Separatists Over Terror Funding
"The main problem," the journalist stressed, was that "no one knows exactly what criteria Pakistan has for the use of its nuclear weapons, or what exactly it may consider as the formal beginning of a war by India. The second problem is that terrorist attacks in India may not be connected to Pakistan at all, but that it will be very difficult to convince the Indian side of this."

A 2008 study focused on the environmental consequences of a nuclear war between India and Pakistan by researchers from the University of Colorado and the University of California found that although the two countries nuclear arsenals are small, their use would lead to a climate catastrophe resulting in mass famine.

As a result, according to the study, about 1 billion people would die in the space of a decade. In other words, Plekhanov noted, "it seems that the distant problem concerning India and Pakistan" is not so distant after all, and "concerns the whole world."