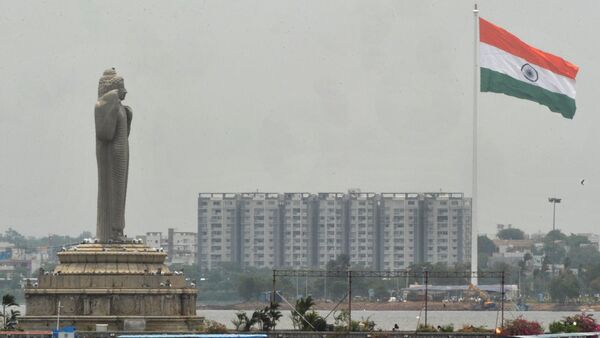 Modi Urges Apple's Tim Cook, Amazon's Jeff Bezos to Invest in India More
New Delhi (Sputnik) — The government is looking for 100% foreign investment and technical know-how in the domestic production of armored vehicles, battle tanks and military transport aircraft under the automatic route. The government wants this because India lacks expertise and technology in these segments.

"Government has already issued the standard operating procedure on June 29 which will apply to FDI proposals that seek more than 49% of the equity in a local defense entity with the transfers of "modern technology" to Indian industry. With these changes, 90% FDI proposals come under the automatic approval route. Based on defense ministry's objective to minimize dependency on imported products, we are going to take it further with more liberal rules," government sources told Sputnik.

According to the new proposal, any foreign entity who wants to purchase 76% equity in local defense firms engaged in fighter aircraft and helicopters manufacturing will come under the automatic route. For submarines and warships, the automatic route limit has been set to 51 %.

"Presently, relaxation in FDI cap is not unconditional. FDI proposals for 100% have to be in areas where India lacks either the existing capabilities or is not even developing it," Amit Cowshish, former financial advisor to the defense ministry, said.