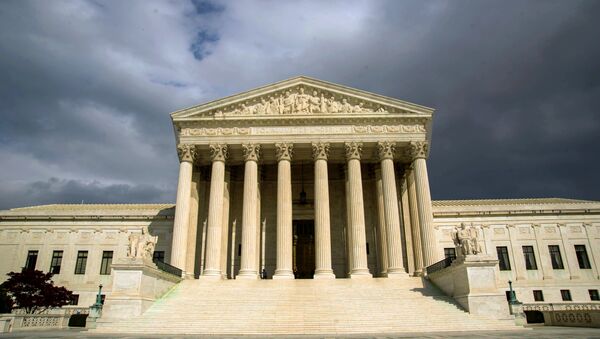 WASHINGTON (Sputnik) — Earlier on Wednesday, the Supreme Court confirmed the Hawaii federal court order that grandparents, grandchildren, nieces, nephews and cousins are considered close family and should be included in exemptions to the travel ban.

"While today’s decision by the Supreme Court is welcome… Congress has the power to put an end to the Muslim ban fiasco by rescinding Trump’s Executive Order and blocking taxpayer funding for it," Abdi stated in the release.

Trumps executive order on immigration, issued on March 6, blocks nationals from Iran, Libya, Somalia, Sudan, Syria, and Yemen from entering the United States for 90 days and suspends refugee admissions for 120 days. The March 6 order is a revised version which drops Iraq from the list of countries affected included in Trump's original January 25 executive order.

US Supreme Court Confirms Trump 'Overreached' on Travel Ban
Abdi noted in the release that the US House of Representatives’ Appropriations Committee withdrew on Tuesday an amendment by US Congressman Mark Pocan that would have prevented taxpayer funding to impose the travel ban.

Abdi stated that most Republicans opposed Trump’s travel ban rhetoric during his campaign and should not continue to collaborate with the US president’s efforts to impose the measure.