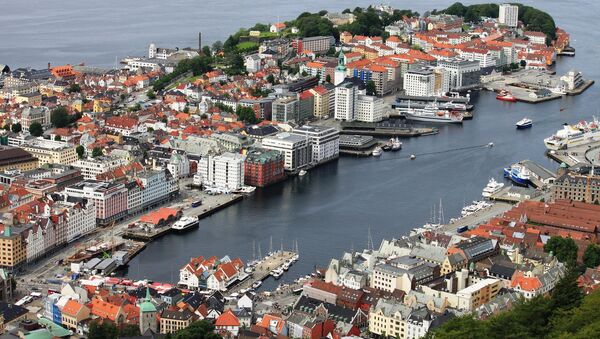 Little oil-blessed Norway seems to have successfully eliminated poverty. Well, at least on paper. Statistics Norway (SSB) has switched to the term "low income," implying that "poverty" is too harsh a word to be used in the Norwegian context.

Wet Dreams: Norway Fantasizes About Overseas Hyperloop to Denmark
Whereas both the European Union (EU) and the Organization for Economic Co-operation and Development (OECD) operate with the term "poverty," Norway stands out by using a milder phrase, "low income," to denote people at the bottom of the income distribution, the Norwegian newspaper Klassekampen reported. Remarkably, the SSB refrained from the term "poor" in order to avoid unwanted associations with living conditions from a distant path or developing countries.

According to Rolf Aaberge, an international expert on economic inequality and Statistics Norway researcher, this can create unnecessary confusion, as it does not match the rest of Europe. Aaberge pointed out that Eurostat's approach is based on a decision by the EU Council of Ministers in 1975 that poverty levels should be linked to the general standard of living in the member states, as well as social participation.

"This is in line with what English economist Adam Smith suggested 240 years ago about 'appearing in public without shame.' In the past 15 years, the EU decided that the poverty line should be equal to 60 percent of the median income, but Statistics Norway calls this 'low income,'" Rolf Aaberge explained.

According to Torstein Bye of the SSB, Statistics Norway had a discussion in the early 2000s about what poverty was and felt the term was "too strong," switching to milder wording. He saw nothing wrong with the terminological discrepancy between the EU and Norway either.

"It is also generally difficult to compare Norway and the EU. Norway has a significant public sector that redistributes wealth through social organs, which one should also take into account in assessing poverty," Torstein Bye told the Norwegian newspaper Klassekampen. When asked about the existence of poverty in Norway, he answered that he only published the numbers for people with low income.

Malnourished Geriatrics Stain Sweden's Welfare System
However, according to Wenche Berg Husebø, who is currently running the Action Group for the Socially Exposed and has previously worked at the Robid Hood House, a shelter in Bergen, poverty remains a topical issue in Norway, despite its renowned welfare state.

"We have a growing number of children living with parents who are poor. When I started in 1994, there was talk of about 12,000 children below the poverty line. Today, we have over 100,000 children," Wenche Berg Husebø told Klassekampen, venturing that poverty today means exclusion.

In Norway, the average household net-adjusted disposable income per capita is $33,393 a year, more than the OECD average of $29,016 a year. However, there is a considerable gap between the richest and poorest — the top 20 percent of the population earn close to four times as much as the bottom 20 percent.

Despite the country's wealth derived from oil revenues, poverty still exists in the Nordic nation of 5.1 million. According to the US-based nonprofit organization The Borgen Project, which is addressing poverty and hunger worldwide, 8.3 percent of the population in the Norwegian capital city of Oslo suffered from poverty.