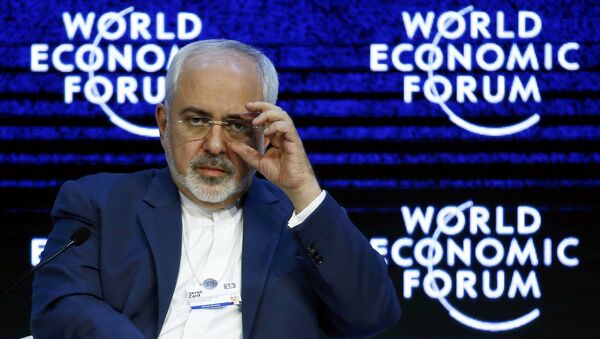 © REUTERS / Ruben Sprich
Subscribe
The independence referendum planned by the Kurdistan Regional Government is a wrong choice that would significantly undermine Iraqi and regional security, Iran's Foreign Minister Javad Zarif said at the Council on Foreign Relations in New York.

WASHINGTON (Sputnik) — On June 7, Kurdistan Regional Government President Masoud Barzani met with all the political parties in Kurdistan and they agreed on a September date for the referendum, according to published reports.

"We believe referendum is not the right choice," Zarif stated on Monday. "It would be limited to Kurdish population, and an impact on Iraqi security would be disastrous."

Brett McGurk, US special presidential envoy to the US-led coalition against Daesh terror group (outlawed in Russia), previously expressed a similar view, stating that the Kurdistan regional government should not go forward with a planned referendum due to the complexities of keeping a cross-cultural, ethnic military coalition focused on its mission to defeat Daesh.

000000
Popular comments
Glade to see Iran stepping onto the world stage regarding these issues. Cooperation with Iran is nessessary and the key to regional stability. Like it on not!