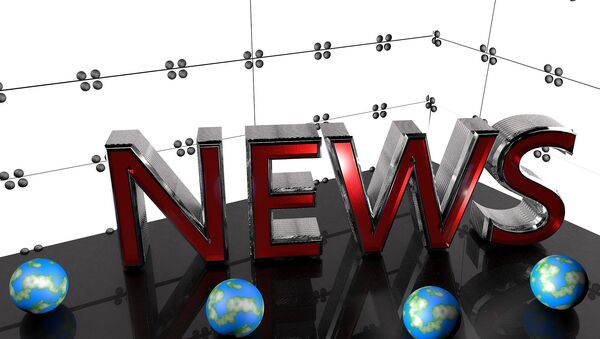 Neil Clark
All materials
We've reached half-time in what has been a very eventful year. It's revealing to compare the stories that have made the headlines in the western media in the first six months of 2017, with those that haven't.

There's been saturation coverage of alleged Russian interference in the US presidential election — and Russian state "hacking" in general — even though no hard evidence of these activities has yet been produced.

The "threat" posed to us all by "the rogue state" of North Korea has also been a regular headliner.

While in April, the "big story" was of a chemical weapons attack in Syria — which was blamed very quickly on the Syrian government, even though its guilt was unproven.

By contrast these very important stories below received nowhere near the same amount of coverage they should have.

No, it's not in Syria, but in Yemen. In March, the UN warned that up to 20 million people were at risk of starvation and famine in Yemen, Somalia, South Sudan and Nigeria — with two-thirds of the population of Yemen needing assistance. In June, the World Health Organization said that 1,310 people had died in a cholera epidemic in Yemen and warned that 300,000 people could be infected by the end of August. 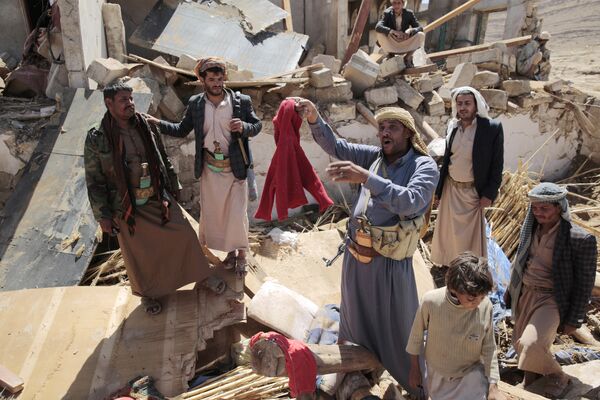 Yemen has been bombed for the past two years by staunch western-ally Saudi Arabia, with US and UK not only providing the weaponry, but logistic support. The "humanitarian interventionists" in the western media meanwhile keep schtum. The "responsibility to protect," it seems, does not apply to civilians in Yemen.

The Yemen situation is very quiet also. Im assuming it is because the damage is being done by UK weapons via Saudi

When the country was "liberated" by the US-led coalition in 2001, there was wall-to-wall coverage. But sixteen years on, the war not only continues but has intensified.

The Taliban, whose defeat was toasted sixteen years ago, now controls between 30-50% of the country. Daesh also has an increasing presence.

There's been a big spike in terror attacks in 2017, with 90 killed in one incident in Kabul in May — and over fifty killed in separate attacks across the country a week earlier. 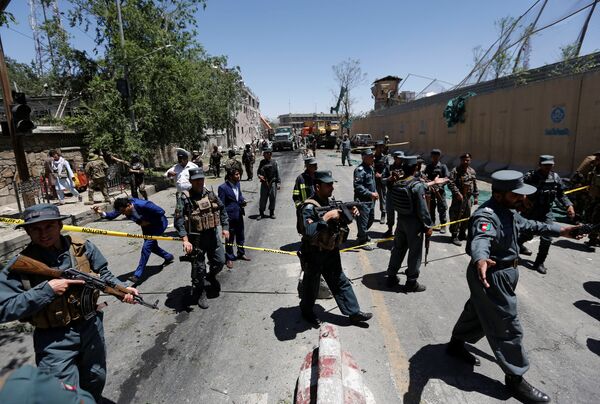 Afghan policemen inspect at the site of a blast in Kabul, Afghanistan May 31, 2017
© REUTERS / Mohammad Ismail

But this isn't news, or at least not big news, on a par with "Russian hacking." The "liberators" of Afghanistan are too busy trying to "liberate" Syria.

Almost Half a Million Refugees to Their Homes in Syria

Yes, that's right, refugees are returning to Syria. The UNHCR says that almost 500,000 have gone back to their homes so far in 2017. But they're returning to areas which are under government-control or liberated from anti-government "rebels," which rather goes against the official narrative that they were fleeing the Syrian government, doesn't it?

So, in the legendary words of Leslie Nielsen in Naked Gun, it's a case of:

The strikes have been widely reported in the Israeli media, but the role of Israel in effectively strengthening the position of Daesh/al-Qaeda in Syria, hasn't received much — if any — real coverage in western countries.

2017: Likely to Be the Fourth Consecutive Hottest Year in History

Trump's Paris climate accord pull-out made headlines, but apart from that there's been nowhere near enough coverage of the fact that that the planet continues to get hotter — and the dangers that poses to life on earth.

In March, the World Meteorological Organization warned that we were entering "truly uncharted territory."

Just a few days ago, temperatures in the Iranian city of Ahvaz reached a mind-boggling 54 degrees Celsius — the hottest temperature ever recorded in June in mainland Asia.

May 2017 was the second warmest May in 137 years of modern record-keeping: https://t.co/pWawcMLk1q pic.twitter.com/NXoszHnkp8

May 2017 meanwhile, was the second hottest since records began.

But hey, let's focus instead on UK Labour leader Jeremy Corbyn meeting with some guys from Sinn Fein thirty years ago, shall we? That's far more important.

The terrorist attacks in the UK in the spring of 2017 of course made the headlines, but what wasn't up for discussion was the role the UK government and MI5/6 had played in cultivating and colluding with extremist groups — like the LIFG (Libyan Islamic Fighting Group) which Manchester Arena bomber Salman Abedi was associated with.

"Critical questions — such as why the security service MI5 maintained terrorist 'assets' in Manchester and why the government did not warn the public of the threat in their midst — remain unanswered," wrote John Pilger.

"The 'smoking gun' is that when Theresa May was Home Secretary, LIFG jihadists were allowed to travel unhindered across Europe and encouraged to engage in 'battle': first to remove Muammar Gaddafi in Libya, then to join al-Qaeda affiliated groups in Syria."

It was a "smoking gun" that major western news outlets conveniently chose not to notice.

The Multiple Terror Attacks in Pakistan

Like neighboring Afghanistan, Pakistan has seen a big spike in terrorism in 2017 — and like Afghanistan — it hasn't made the headlines.

In January, 25 people were killed when a vegetable market was bombed in Parachinar.

In February, at least 88 were killed in a suicide bomb attack on a shrine in Sehwan.

There has been attacks every couple of days in Pakistan with many dead and injured. No coverage here of that either.

Last week (end of June) another 75 people lost their lives in market bombings in Parachinar.

The attacks have received scant coverage. And — guess what — the Eiffel Tower's lights weren't switched off, nor were its colors changed to the Pakistan flag, in solidarity.

Pakistani victims of terrorism are, like Syrians, "unpeople" for western media "humanitarians."

The Conflict and Chaos in 'Liberated' Libya

There have been heavy battles in Tripoli as rival factions fight for control of the Libyan capital.

Meanwhile, slave markets have returned to the country which had the Highest Human Development Index in Africa just eight years ago.

Libya is a failed state — transformed by NATO into a jihadist theme park. But let's ignore the North African hell-hole shall we, and make the case for further western "liberal interventions" against states with the "wrong" governments.

Yes, that‘s right. Iran, the country we're told ad nauseam is the "world's greatest sponsor of terrorism" was hit by deadly terror attacks on its Parliament and at the shrine of Ayatollah Khomeini. 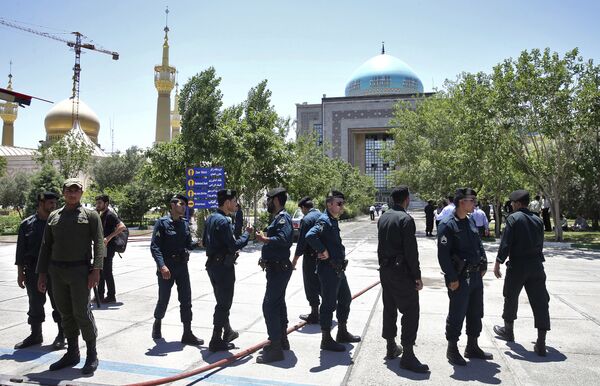 ISIS/Daesh — the same group that's been targeting civilians in Europe — claimed responsibility, but highlighting how the world's worst terror group and Iran are enemies contradicts the official narrative about Iran, doesn't it?

So let's move on to another story, pretty damn quickly.

Upsurge in Violence in Congo

Thousands have been killed in recent months in the African state and more than a million have been displaced over the last year. But rather like the war between 1998-2003 which is thought to have cost the lives of over 5 million people, it's had nowhere near the same level of media coverage as the conflict in Syria.

"I can't say that the Congolese, we are in control of our destiny. No, because the ones who benefit from our minerals are not the local population, but western countries are the ones who are taking everything. They make themselves rich, while we are getting poorer and poorer," a Congolese, Bernard Kalume Buleri, told a new RT documentary.

Would we be hearing more about the desperate plight of the people in Congo if western countries weren't "taking everything"?

I'll let you make your own mind up.