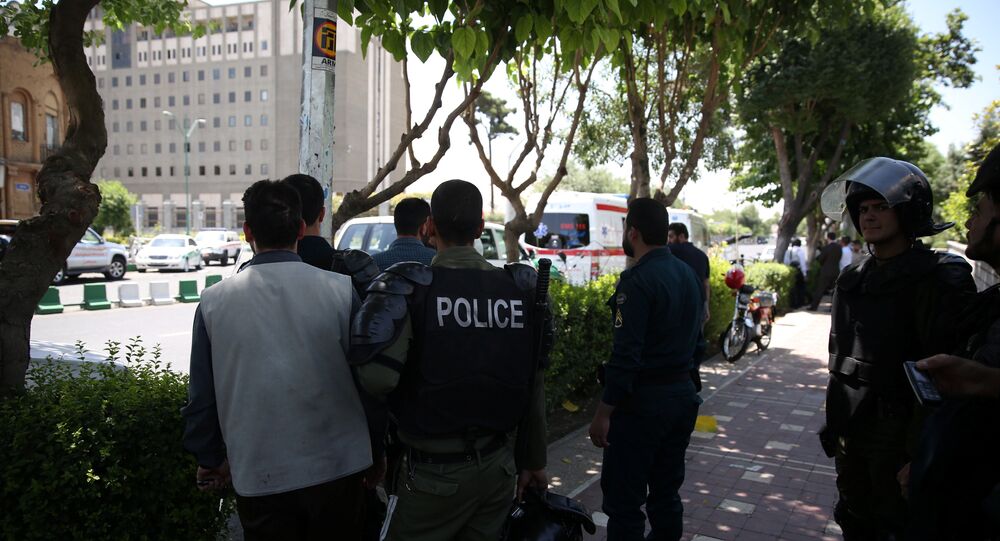 Daesh Claims Responsibility for Attacks in the Iranian Capital of Tehran

BREAKING: #ISIS claimed its first attack in #Iran, reporting through 'Amaq that its fighters hit the Khomeini shrine & parliament in #Tehran pic.twitter.com/wEzmclapTe

​Earlier in the day a group of armed men attacked the Iranian Parliament and Imam Khomeini shrine in Tehran. As a result 7 people were killed during the attacks. The total number of injured increased to 37. The medics have distributed a list of injured persons in connection with deadly attacks on the parliament building in central Tehran and the Imam Khomeini mausoleum.

​Four gunmen attacked the building of the Iranian parliament on Wednesday morning. Two of them was captured and one of the attackers blew himself up inside the building.

According to the Mehr news agency report, Iran’s Parliament Speaker Ali Larijani said after the attacks that terrorist shooting inside parliament was a ‘minor incident’ and security forces are fully capable of handling the ‘cowardly attackers’.

Meanwhile, the Iranian intelligence ministry announced that three terrorist teams attempted to launch attacks in different parts of Tehran on Wednesday, FarNews reported adding that members of a terrorist group were arrested before taking any actions.