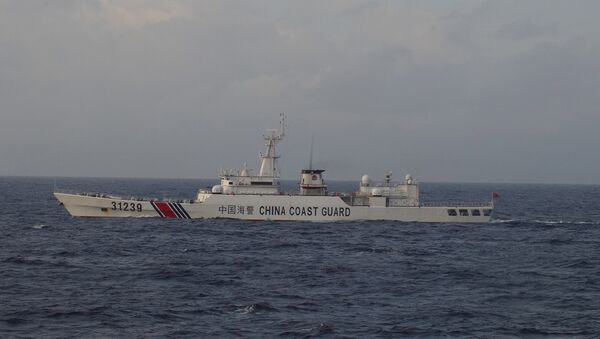 China and Japan agreed to launch an air and maritime contact mechanism as early as possible at their seventh round of high-level consultations on maritime affairs held in Fukuoka from Thursday to Friday.

A plenary meeting and separate meetings of four working teams on politics and laws, maritime defense, maritime law enforcement and security, as well as maritime economy were held, with attendants exchanging views on issues related to the East China Sea and discussing concrete ways of conducting maritime cooperation.

The two sides agreed to launch a maritime and aerial communication mechanism between their defense departments as soon as possible and to further enhance communications in the defense area.

Based on memoirs signed by both sides, the Border Control Bureau of China's Ministry of Public Security and the Japan Coast Guard, further exchanged views on enhancing information exchange and law enforcement cooperation in cracking down on transnational crimes including smuggling, human smuggling and drug trafficking.

The China Coast Guard and the Japan Coast Guard, while recognizing the role played by current contact mechanism, agreed to strengthen their communication through information and people-to-people exchanges so as to further enhance mutual trust. They also exchanged views on cooperation between maritime law enforcement institutions of both countries.

The two sides also spoke highly of the 1st China-Japan Experts Dialogue Platform Meeting on Marine Debris Cooperation in Dalian, China in March 2017, and agreed to have the second meeting in Japan in 2018. They also agreed to hold a maritime debris seminar in Shanghai in November, and to conduct a joint investigation on marine debris within the year.

The two sides reconfirmed the importance of signing a bilateral maritime search and rescue agreement and agreed to continue cooperation in this regard under bilateral and multilateral frameworks.

They agreed to have relevant departments of both countries cooperate on ship safety and pollution prevention at sea. They also confirmed the importance of enhancing fishery resource protection and management and agreed to improve fishery cooperation.

They also exchanged views on the principled consensus on East China Sea issue and agreed to continue discussions on the issue.

They agreed in principle to hold the eighth round of high level consultations on maritime affairs in China later this year.