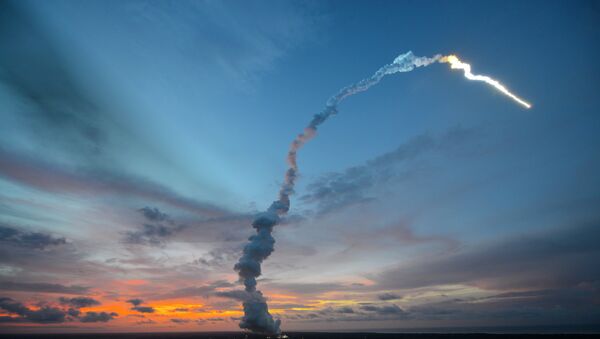 © ESA–S. Corvaja
Subscribe
International
India
Africa
A successful launch of its Ariane 5 carrier rocket with two satellites aboard has been announced by ESA on Wednesday.

Stephane Israel, the chief executive of the Arianespace satellite launch company, confirmed half an hour after the liftoff that both satellites had successfully separated from the launch vehicle. They will be put in geostationary orbit.

The rocket blasted off from the Kourou spaceport in French Guiana. This is the seventh launch this year by the Guiana Space Centre, located in France’s overseas South American territory.