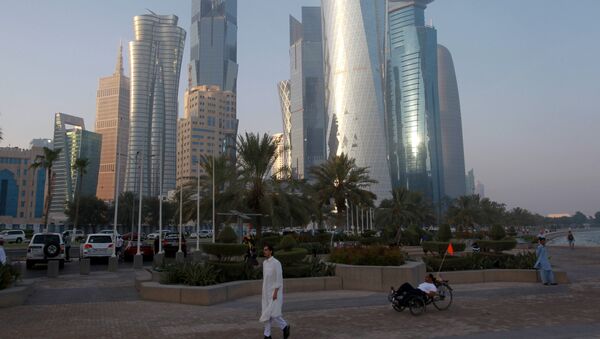 Some of the demands put forward by Arabs states in a 13-point ultimatum will be challenging for Qatar to implement, State Department Spokesperson Heather Nauert said in a briefing on Tuesday.

Saudi-Led Ultimatum to Qatar Poses 'Risk of Serious Conflict' in the Gulf
WASHINGTON (Sputnik) — On Friday, Saudi Arabia, Bahrain, the United Arab Emirates and Egypt handed a 13-point ultimatum to Qatar. The list contains demands Doha needs to meet in order to restore ties with other Arab nations.

"Some of them will be difficult for Qatar to incorporate and to try to adhere to," Nauert stated.

'Illegal and Unrealistic': Qatar Downplays Ultimatum Over Gulf Diplomatic Crisis
On June 5, a number of countries, including Saudi Arabia, the UAE, Bahrain and Egypt, cut diplomatic ties with Qatar and embargoed all sea, air and land traffic to the country, accusing Doha of supporting terrorist groups, particularly the Muslim Brotherhood terrorist movement, as well as of interfering in other countries' domestic affairs. Several other states in the region have reduced diplomatic relations with the country. Kuwait and Oman are the only members of the Gulf Cooperation Council (GCC) not to join the blockade.