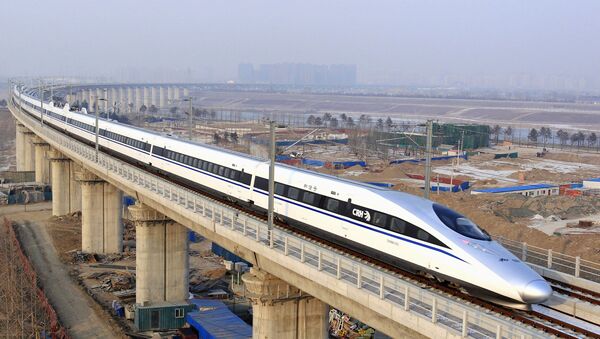 CR400AF departed from Beijing South Railway Station at 11:05 am and headed to Shanghai. While the other, CR400BF, left Shanghai Hongqiao Railway Station for Beijing at the same time.

The new models traveled at a speed of about 350 kilometers per hour and the top speed could reach 400 km/h.

It took the first model about 5 hours and 45 minutes to reach Shanghai. On its way, it stopped by 10 stations, including Jinan, Shandong province and Tianjin.

According to Liang Zhaoyu, spokesperson of the China Railway Corp, the State-owned rail operator which led the design of the new models, all the tickets for CR400AF from Beijing to Shanghai were sold out on Monday.

From June 26 to June 30, there will be two pairs of high-speed trains running between Beijing and Shanghai using the new Chinese-standard bullet train, Liang said.

Starting from July1, the Chinese-standard type will be applied to four pairs of high-speed trains operated between the two stations, he added.

This article, written by Zhao Xinying, was originally published in China Daily.