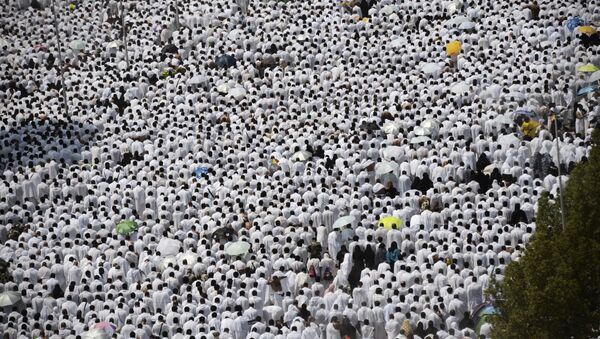 MOSCOW (Sputnik) — The spokesman added that Tehran once again called on regional powers to join efforts in tackling the terrorist threat.

"The plot hatched by a number of criminal terrorists to attack the Grand Mosque in Mecca that ended in failure has once again proven that the current unbridled growing terrorism that has targeted the entire world, the region, and especially Muslims and Islamic countries, knows no religion, geography, race or nationality,” Qassemi was quoted as saying by the Tasnim news agency.

Terrorists Detained in Saudi Arabia Plotted a Blast at Mecca's Grand Mosque
On Friday, the Saudi Interior Ministry said it had foiled an attack on the Grand Mosque.

As of now 5 suspects have been detained including a woman. All of them are Saudi nationals and are currently being questioned.