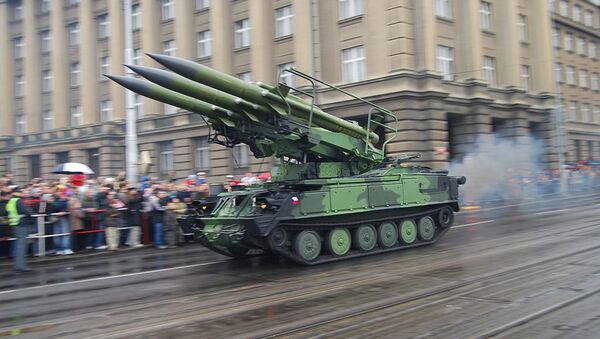 © Photo : Chmee2
Subscribe
With a large-scale modernization of the Czech Army now under way, Prague is eying the replacement of its Soviet-made Kub short-range surface-to-air missile systems with their Western analogues, including artillery from the US, Israel and Germany.

'Deadly Threat': Czech Republic Risks Becoming NATO's 'Firing Range'
In an interview with Sputnik, Russian military expert Viktor Litovkin commented on Prague considering the replacement of  the Czech Army's Kub air defense systems with analogues  made in the US, Israel or Germany.

He said that it is no accident that the Czechs had decided to replace the Kub missile systems, which are "quite old military equipment," delivered by the Soviet Union to communist Czechoslovakia under the auspices of the Warsaw Pact.

He recalled that currently, there are no missiles and spare parts for the Kub systems, which is why the Czech Republic decided to replace them within the framework of the army modernization program.

"It is clear that the Kub systems will be replaced with Western analogues and that the US will not allow the Czech Defense Ministry to independently resolve this issue," Litovkin said.

In this vein, he touted Russia's modern air defense systems, including the Buk-M2, the Buk-M3 and the Tor-M2, which he said "are much cheaper and effective, as well as better in terms of tactical and technical characteristics" than their Western analogues. 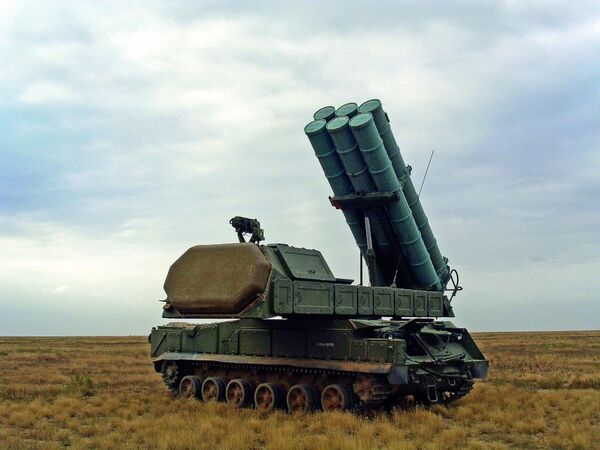 "Our military equipment is familiar to the Czechs, and there are still Czech personnel who were trained at the Air Defense School [in the Belarusian capital Minsk]. When buying any missile system, you acquire not just military hardware but a whole complex linked to it, including specialists in maintenance, modernization and so on," Litovkin added.

"But I know full well that the Czech Army is currently focused on NATO standards. In addition, the US is not going to yield its arms market to Russia amid Washington's efforts to drive Russian arms manufactures from Europe," he said.

Separately, Litovkin lashed out at the allegations that the Czech Army's massive modernization, which is costing the country 19 billion dollars, comes amid talk of an "unstable foreign policy situation and the alleged growing military threat from Russia."

"There is no Russian military threat to the Czech Republic because we are not going to fight anyone. 'The Russian threat' is deliberately used to force NATO countries to spend additional money for the purchase of weapons. In this vein, 'the Russian threat' is a plausible pretext to convince people to spend budget money on guns, not on bread and butter," he said.

Asked about whether it is worth spending billions of dollars on the modernization of the Czech Army, Litovkin said that it is up to Prague, reiterating that Russia will never unleash a war against the Czech Republic.

New Political Movement Calls for Czech Republic's Withdrawal From NATO, EU
Earlier this year, Vladimira Vitova, head of the Czech Peace Forum, told Sputnik that a bilateral agreement between the Czech and German armies is tantamount to the subordination of the Czech military to Germany, which threatens Czech sovereignty.

The agreement assigns the Czech Republic's 4th Rapid Deployment Brigade to a division command of the German Bundeswehr.