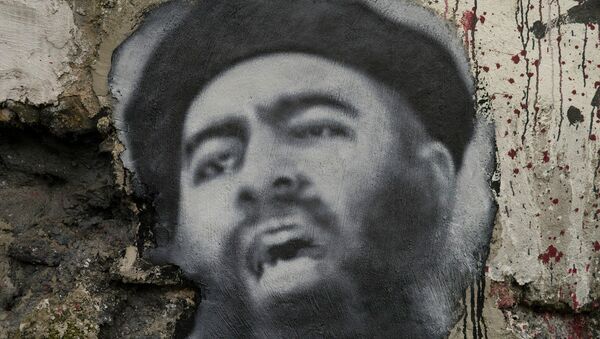 "According to the Russian Defense Ministry, it is highly likely that Daesh leader al-Baghdadi was eliminated as a result of a Russian Aerospace Forces strike on the terrorists' command post in the southern suburb of the city of Raqqa in late May this year," Syromolotov said.

Al-Baghdadi's Reported Death Gives Syrian Army 'Unique Chance' in War on Daesh
He stressed that the "information is now verified through various channels."

On June 16, the Russian Defense Ministry said that al-Baghdadi might have been among a group of terrorist leaders attending a so-called Daesh military council and killed in a Russian Aerospace Forces strike on May 28 south of the terrorists' stronghold of Raqqa in northern Syria.

Russian Foreign Minister Sergey Lavrov, commenting on the news, said he could not give firm proof that the IS leader was indeed killed.

In 2014, al-Baghdadi, an Islamic cleric and at the time the leader of Daesh of Iraq and Levant (ISIL, or IS terrorist group), declared establishment of an Islamic caliphate and named himself its caliph. He is also listed as a terrorist by the US Department of State since 2011.