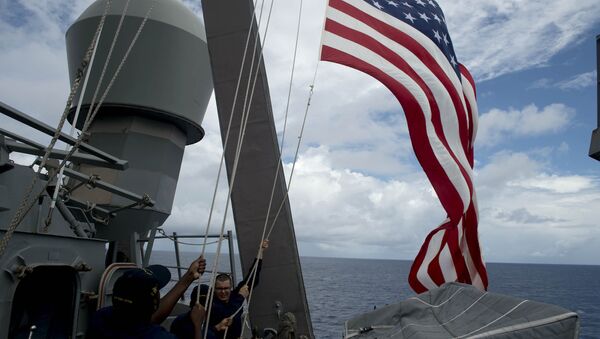 North Korean Supreme Leader Paranoid About Navy SEAL Assassination – Spy Agency
US Navy Special Operations Senior Chief Keith E. Barry was convicted of sexual assault in 2014 and sentenced to dishonorable discharge and three years in prison, but according to a confession by former US Navy Rear Adm. Patrick J. Lorge, who oversaw the case, he wrongfully upheld the ruling, despite wanting to overturn it, as he had deep reservations over allegations that Barry actually raped a woman.

In an affidavit presented by Barry's lawyers, Lorge, who served as a convening authority at Barry's court-martial, confessed that he has been contacted by then-Vice Adm. Nanette M. DeRenzi, who told him that sexual assault convictions were needed under pressure from Congress and President Barack Obama's administration, according to a report by the San Diego Tribune.

"She conveyed the importance that the convening authorities held and how tenuous the ability of an operational commander to act as a covering authority had become, especially in findings or sentences in sexual assault cases due to the intense pressure on the military at the time," Lorge said.

"She mentioned that every three or four months military commanders were making court-martial decisions that got questioned by Congress and other political and military leaders, including the president. This conversation reinforced my perception of the political pressures [they] faced at the time."

Lorge was then contacted by Vice Adm. James Crawford III, who was far less diplomatic and told Lorge quite bluntly that overturning Barry's case would mean the end of his career.

Following that call, Lorge contacted Lt. Cmdr. Jonathan Dowling, who was deputy staff judge advocate for Lorge when he commanded Navy Region Southwest and was considering the Barry case. Dowling made his own sworn statement, saying Lorge told him about Crawford pressing him.

"Jim told me don't put a target on my back. He said I have smart lawyers; let them figure it out," Dowling recalled. When asked who "Jim" was, Lorge replied, "Jim Crawford."

Following the conversation, Lorge approved Barry's sentence, despite Barry's insistence that all intimate relations in question were consensual and that the woman simply sought revenge after the couple split.

According to Lorge, evidence against Barry was "not beyond a reasonable doubt." He expressed regret that he did not follow his "instincts" and did not overturn the sentence. The court will now perform a fact checking investigation and review Barry's case, based on the new evidence.

"On a personal note, I would ask you to forgive my failure in leadership and right the wrong that I committed in this case against Senior Chief Barry; ensure justice prevails and when doubt exists, allow a man to remain innocent," Lorge said in the affidavit.

Barry, a highly decorated veteran, has prison time remaining to serve but is free pending the appeal.