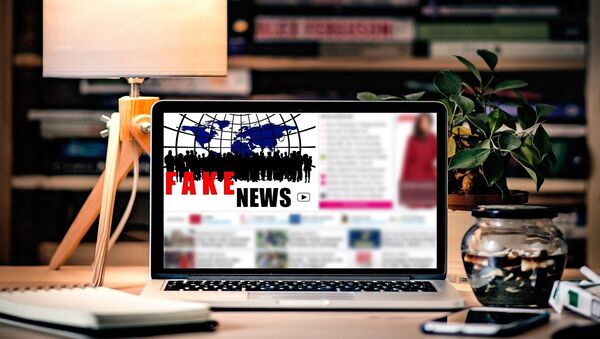 Singapore is looking to join a team of nations trying to curb the spread of false information across social media through new legislation.

Pro-Trump Activists Protest Against Fake News at CNN Headquarters in Atlanta
Singapore is set to introduce a new law to force social media companies to remove misleading reports, according to a statement by Kasiviswanathan Shanmugam, the country's Law and Home Affairs Minister.

Speaking at the opening of "Keep it real: truth and trust in the media," a two-day forum dedicated to news credibility, Shanmugam said that the legislation will be introduced after consultations with various specialists.

"We will consult with the stakeholders, the media, the legal profession, [and] of course the internet companies [throughout this year], we will work with them, and see what the contours or shape of the legislation ought to be," Shanmugam said, according to Nikkei.com.

According to the minister, the spread of the fake information poses the serious threat of inciting hatred in Singapore's multi-racial and multi-religious society.

Shanmugam gave the example of somebody reposting a video of Pakistanis celebrating a cricket victory in the wake of the 2015 Paris terror attacks, changing the title and presenting it as if the video shows Muslims celebrating the massacre.

Singapore has had its own share of fake news scandals, such as in 2015, when someone spread a false rumor that the country's authorities had conducted cloud seeding not to curb fires in nearby Indonesia, but to help alleviate the smog ahead of the Singapore Grand Prix. The message also included a fake warning for the residents to expect "chemically induced rain showers."

Russia
Russian Foreign Ministry's Zakharova Compares Fake News With 'Nuclear War'
Shanmugam said Singapore will study the experiences of other nations, in particular that of Germany which, following the 2016 US presidential elections, also seeks to introduce measures to prevent the mass spread of misinformation ahead of its own electoral season.

Chancellor Angela Merkel is hoping to force social media companies to remove fake news stories as fast as within 24 hours or else face penalties. The move is opposed by both the tech companies, for whom the new rules would impose significant responsibilities on moderator staff, and by advocates of free  speech, who say the new rules will eventually lead to censorship.

With such debates in mind, Shanmugam said it is crucial to perfect the mechanism to determine what news report are fake, and to differentiate cases where people repost fake news involuntarily from those in which false stories are disseminated deliberately. In the latter case, those responsible should face legal action, the minister believes.

"But that does not apply to news which is erroneous, inadvertently put out. We are talking about fake news where people intentionally put it out and it has an impact on society," he explained.

According to a survey conducted by the ministry that polled 1,600 Singaporeans aged 15 and above, 91 percent of the population supports stronger laws against the spread of fake news. More than three quarters of respondents reported they had encountered fake news at least once.