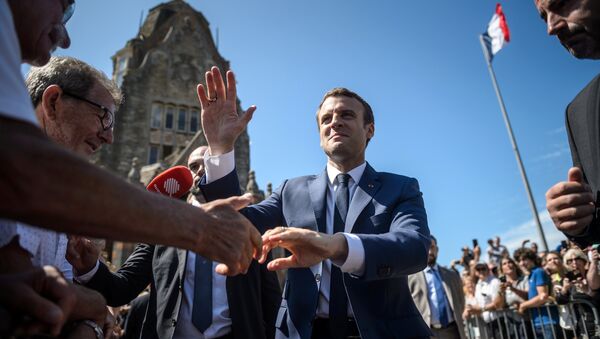 Emmanuel Macron's Republic on the Move party has gained an absolute majority in the National Assembly, according to preliminary results.

The party has gained 295 out of 577 seats, the Interior Ministry said.

According to the ministry's data, after 97 percent of ballots counted the Democratic Movement (MoDem), allied with Macron’s party, is getting 41 seats.

The main opposition party, The Republicans, is winning 110 seats, the Socialist Party is seen to get 28 mandates. Marine Le Pen's National Front is winning 8 mandates, while Jean-Luc Melenchon's Unsubmissive France is gaining 16 seats.

France voters were casting ballots to elect 577 lawmakers to the country's National Assembly, the lower house of parliament, from 8 a.m. to 6 p.m. local time (from 06:00 to 16:00 GMT), although some polling stations worked until 8 p.m. local time in a number of big cities.

On June 11, during the first round of the vote, a total of 28.21 percent of French citizens voted in favor of President Macron's party, whereas the biggest opposition party, The Republicans, received 15.77 percent of votes and was followed by the National Front with 13.2 percent of popular support.