US Runs 'Disinformation' Campaign to 'Kick Russia Out of Mideast Settlement' 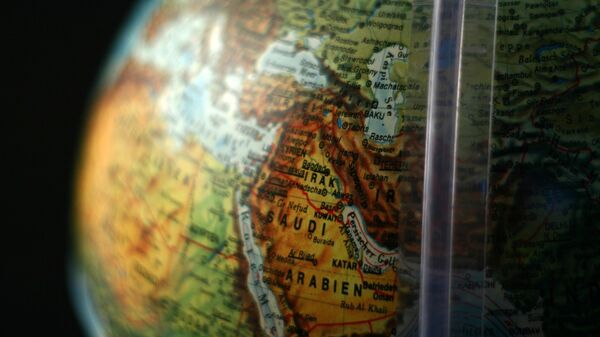 'Trump Has to Use Russia's Enemy Image Created by Obama Administration'
On June 5, a number of countries, including Saudi Arabia, the United Arab Emirates, Bahrain and Egypt, cut diplomatic ties with Qatar and embargoed all sea, air and land traffic to the country, accusing Doha of supporting terrorist groups, particularly the Muslim Brotherhood. The government was also accused of interfering in other countries' domestic affairs. Several other states in the region reduced diplomatic relations with the country.

Formally, the conflict was triggered by a story that appeared on Qatar’s news agency website on May 23. The story attributed false remarks to the Qatari emir, in which he made friendly comments about Iran and expressed support for the Muslim Brotherhood.

Later, the Qatari Foreign Ministry said that the website was hacked and the remarks were falsely attributed to the nation’s leader, but no suggestion has been made as to who could have behind the hack.

World
Claims of 'Russian Hackers' in Qatar Seen as Attempt to Pit US, Russia
Meanwhile, CNN was quick to blame the incident on "Russian hackers." According to CNN, US investigators believe that hackers related to Moscow planted the fake news story on the website of Qatar’s news agency. Unnamed US officials told CNN that the goal of the hack was to cause rifts among Washington and its allies in the Middle East, including Qatar.

Kremlin Spokesperson Dmitry Peskov responded to the allegations, calling them another "fake news story" published with reference to "unnamed sources in an unnamed department of some unknown intelligence service."

Turkey 'Should Develop Ties With Russia' to Oppose US 'Plan' for Mideast
Sources in the Russian Embassy in Qatar told Sputnik that the Qatari government did not contact Russian diplomats over the alleged Russian involvement in the incident.

"I’m convinced that the allegations about the 'Russian hacker attack' on the Qatari news agency were purely a provocation. It was aimed at kicking Russia out of the Middle East settlement process. The incident should be regarded only as a smear campaign," Igor Pshenichnikov, a senior analyst at the Russian Institute for Strategic Studies, told Sputnik.

According to him, this provocation is part of an "anti-Russian disinformation campaign" run by the United States.

"We’ve heard the same about Russia’s alleged interference in the US presidential election. Recently, Russia was also accused of meddling in Montenegro’s domestic affairs. What is more, there were allegations of Russia’s attempt to influence the parliamentary election in Germany," Pshenichnikov noted.