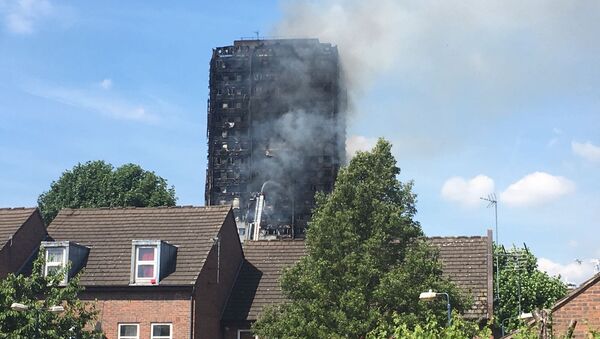 © Sputnik / Jenny McCall
Subscribe
France offered the United Kingdom its assistance in investigation of the causes of the Grenfell Tower fire.

According to Ouest-France newspaper, Ferrand said Saturday that Paris was ready to assist London in investigation of the incident. The minister also urged the Scientific and Technical Center for Building to conduct assessment of the fire safety standards in France. The relevant report would be presented to Ferrand within 10 days.

A huge fire started at the 24-floor Grenfell Tower high-rise block in North Kensington on Wednesday, engulfing the entire building and trapping almost 120 families inside. Previously, police informed that at least 30 people died.

The fire prompted demonstrations in London over the way local authorities dealt with the implications of the fire.