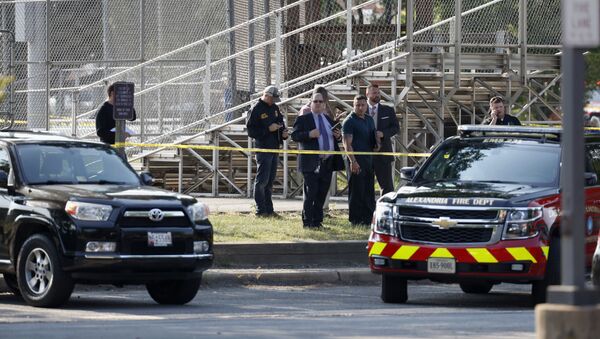 Trump Visits Lawmaker Recovering From Shooting at Baseball Practice in Virginia
WASHINGTON (Sputnik) – Gun control would not prevent shooting incidents like the one that happened in Alexandria, Virginia on Wednesday at the Republican baseball practice, US Congressman Don Young told Sputnik.

"Gun control wouldn’t do anything. That’s a myth," Young, a Republican from the US state of Alaska, said on Thursday.

US Congressman Steve Scalise, the third ranking Republican in the House of Representatives, remains in critical condition on Thursday following the attack in Alexandria. Three other individuals, including a Capitol Police officer, were also wounded in the attack.

Republicans typically support private gun ownership as is permitted by the US Constitution, while Democrats seek to limit gun rights with laws targeting certain firearms, such as handguns.