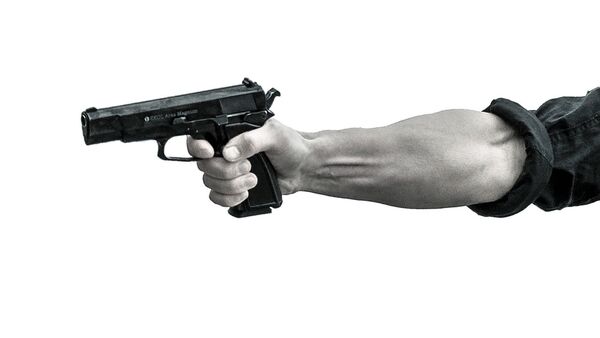 A UK police commissioner has provoked alarm after suggesting Britons who own guns could help defend rural areas against terror attacks. While stopping short of actively recommending such an approach, she believes it a question worth asking. Her comments come days after the 20th anniversary of the country's wide ranging ban on private gun ownership.

Speaking in a mainstream radio interview, Alison Hernandez, Devon and Cornwall Police and Crime Commissioner, said the question of whether ordinary people with gun licences could assist in a terrorist crisis. She made the comment during an exchange with a caller to a phone-in program, who asked whether as a licensed gun owner, there would be repercussions if she defended herself with a firearm during a terrorist attack.

​Hernandez, a former Conservative election agent, said it was a "very good question" — and that such vigilantism might be a "solution" to some issues.

"I'm just saying, let's officially have a look at that and see what would be the implications of it. Let's unpick it a little bit. We work with businesses to keep our communities safe. I'd really be interested in exploring that with the chief constable. These are times that are challenging and I would like to have an official response myself," Hernandez explained.

Our statement in response to the Police &Crime Commissioner's interview on @BBCCornwall this afternoon [Mon 12 June] https://t.co/9OQ6LJPGu0 pic.twitter.com/UmIdA1zwqk

"Under no circumstances would we want members of the public to arm themselves with firearms, not least because officers responding would not know who the offenders were, and quite obviously they would not have the time to ask. Our message to the public is a simple one: to run, to hide and to tell," he said in a statement.

Nonetheless, Netherton acknowledged British policing required an "uplift in resources" in response to the "unprecedented threats" the country faced.

Hernandez' comments even provoked controversy among firearm enthusiasts. Bill Harriman, Director of Firearms at The British Association for Shooting and Conservation, believes her suggestion to be reckless in the extreme.

"The law is clear on this issue. Section 16 of the Firearms Act 1968 makes it an offence to possess a firearm with intent by means thereof to endanger life.  This is an ill-thought out and dangerous notion that has absolutely no application to the ownership of sporting rifles and shotguns," Harriman told Sputnik.

The UK has some of the strictest gun laws in the world, with private ownership of most firearms effectively illegal since 1997.

The only legal firearms in the UK are manually-loaded rifles, shotguns and long-barreled pistols, all of which require a certificate to possess. They can only be owned for use in hunting and sport, and certificate applicants are heavily vetted by police to ensure they pose no danger to public safety. Any such guns must be stored safely, and owners must have access to land suitable for its use, or be a member of a sports club.

#OnThisDay in 1997, following the Dunblane Massacre, the House of Commons voted for a total ban on handguns. pic.twitter.com/nsd09or8Fx

​The wide ranging ban was precipitated by the Dunblane tragedy — a man named Thomas Hamilton walked into Dunblane Primary School, near Stirling, Scotland March 13, 1996. Armed with four legally-owned handguns and over 700 rounds of ammunition, in three awful minutes he fired 105 shots, killing 16 children, wounding 15 more and murdering their teacher, before turning the gun on himself.

In response, families and friends of those affected by the tragedy established the Snowdrop Campaign, which aimed to heavily restrict gun ownership. A petition launched by the group gained 750,000 signatures in six weeks.

Nonetheless, as of 2017, over 700,000 UK residents own firearms legally — and the enforced surrender of legal handguns seemingly did little to quell handgun-related crime in the country in the short-term, with recorded crimes leaping 105 percent between 1998 and 2003 (although in Scotland, handgun offences fell almost 80 percent in the five years after Dunblane). Nonetheless, gun crime has consistently fallen ever since.

I appreciate the figures only go up to 2015 but gun crime is actually going down in the UK. Mainly due to strict legislation. pic.twitter.com/rnDl8A8wct

​Research suggests guns primarily end up in the hands of criminals in the UK via the conversion of replica firearms, and the reactivation of antiques. Her Majesty's Inspectorate of Constabulary in 2015 published a damning report recommending further changes to British firearms licensing, on the basis police approaches to firearms were "sometimes inexcusably compromising public safety."

​While gun owners must reapply for their certificates every five years, and theoretically receive regular home visits from the police in between these times, the report said different forces varied wildly in terms of the diligence. For instance, seven forces were found to consistently not deal correctly with expired licences, leaving holders in possession of firearms without certification.