US Delegation From New York Set to Visit Russia in September 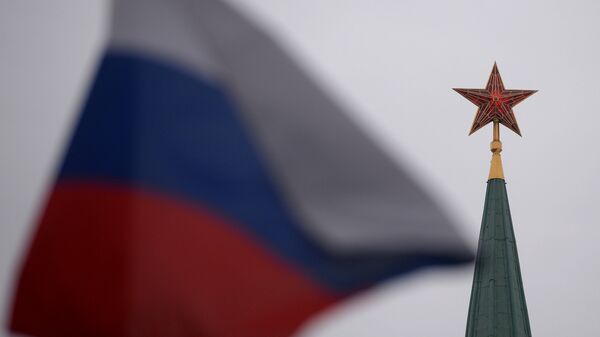 © Sputnik / Kirill Kallinikov
/
Go to the mediabank
Subscribe
International
India
Africa
The US delegation from New York is set to visit Russia in September to boost relations at the regional level, Assemblyman Luis Sepulveda's chief of staff Anton Konev told reporters on the margins of the Coordinating Council of Russian Compatriots of the USA (KSORS) conference at the Russian Cultural Center in Washington DC.

WASHINGTON (Sputnik) — US delegation of lawmakers from New York will travel to Moscow, St. Petersburg and Tatarstan in September to improve and develop ties at the regional level, Konev said.

"Amid the tense US —Russia relations at the federal level, we believe that relations at the regional levels should be developed. New York's Senators and assemblymen, members of both chambers of the state of New York will travel to St. Petersburg, Moscow and the Republic of Tatarstan from September 13 through September 21," Konev said.

Konev noted that the delegation would include 26 members, and the visit would happen at the invitation of Tatarstan's Parliament Chairman Farid Mukhametshin.

"Mr. Mukhametshin visited US in 2010, and in 2011 there was also a delegation, but unfortunately, since 2011 until this year there were no contacts. This is the first time since 2011, when we are re-starting these relations at the regional level," Konev added.

Konev stressed that they planned to sign an agreement, namely a Memorandum of Understanding with the Republic of Tatarstan, adding that "in Moscow and St. Petersburg we do not have any deal to sign, but I think that we will in the near future. I also hope they will return visit."

Russia
Russian Exports to US Rise Despite Sanctions – Russian Trade Envoy
Konev said that they expected to hold meetings with the local government authorities and with businesses because they would like to establish relations at all levels, including educational, business, tourist and cultural exchanges.

Konev expressed hope that there will be regular visits from now on and noted that there was no pressure on the delegation.

"At the federal level, some federal politicians are looking for enemies, but there are a lot of enemies locally, state lawmakers do not seek enemies. Moscow and New York. Traffic jam subway terrorism is to cooperate," Konev explained.