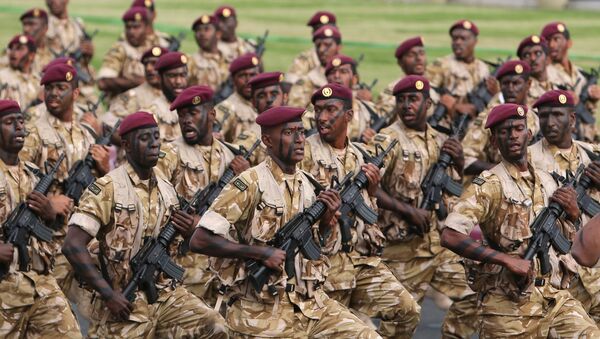 German Foreign Minister Sigmar Gabriel is deeply concerned about the situation around diplomatic scandal between Qatar and other Arab states in the region and fears that the disagreement could lead to a war, Gabriel said Saturday.

MOSCOW (Sputnik) — The foreign minister described the tensions in the relations between neighboring countries in the Persian Gulf as dramatic.

"There is a threat that this disagreement can turn into a warfare," Gabriel told the Frankfurter Allgemeine newspaper.

Military Assistance to Qatar an 'Impulsive Step Driving Turkey Into Corner'
"After my talks [with colleagues from Saudi Arabia, Qatar, Turkey, Iran and Kuwait] this week I know how serious the situation is, but I believe there are still chances for making a progress," Gabriel added.

On Monday, Saudi Arabia, Bahrain, the United Arab Emirates and Egypt cut off diplomatic relations with Qatar, accusing the latter of supporting terrorist organizations and destabilizing the situation in the Middle East.

Yemen, the Maldives, Mauritius, Mauritania and the eastern-based government in divided Libya also announced a break in relations with Doha, while Jordan and Djibouti said they would lower the level of diplomatic contacts with Qatar. Senegal and Chad recalled their ambassadors from Doha.