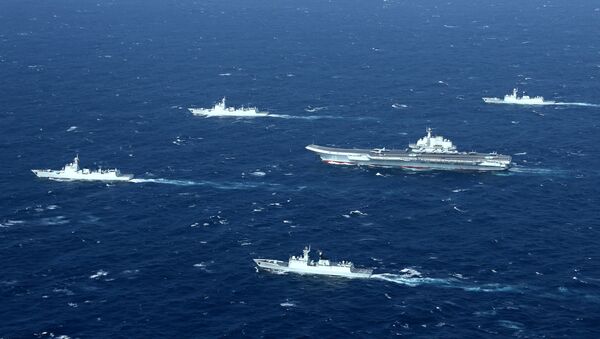 © REUTERS / Stringer
Subscribe
International
India
Africa
The US Department of Defense claimed in an annual report on Tuesday that China is exercising "low-intensity coercion" to assert its control over the disputed areas in the East and South China Seas.

WASHINGTON (Sputnik) — China is using coercion to assert its control over disputed territories in the East and South China Seas, the US Department of Defense said in an annual report to Congress dubbed Military and Security Developments Involving the People's Republic of China.

"China continues to exercise low-intensity coercion to advance its claims in the East and South China Seas," the report said on Tuesday.

Asia
US, India Pitch for Freedom of Navigation in South China Sea Irks China
The report explained that during periods of tension, official statements and state media seek to portray China as reactive, but Beijing uses "an opportunistically timed progression of incremental but intensifying steps to attempt to increase effective control over disputed areas and avoid escalation to military conflict."

China has a number of territorial disputes with its neighbors. Beijing has a dispute with Tokyo over the Senkaku Islands in the East China Sea, called the Diaoyu Islands by China.