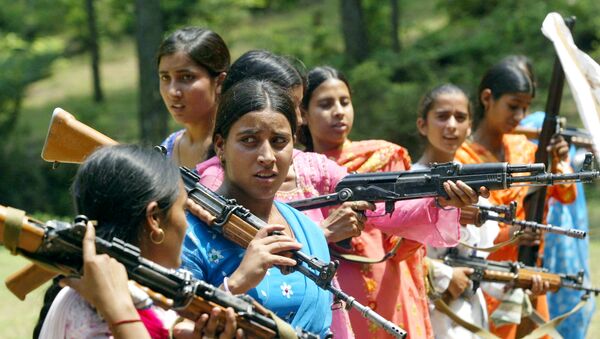 "I am looking at women coming as jawans (soldiers). I am going to start it soon. Firstly, we will start with women as military police jawans," Indian Army chief General Bipin Rawat told an Indian news agency. "We have already started the process to recruit women for combat roles," he said.

While the decision was cheered on social media and the like, experts advised caution. "Indian Army will induct women into the combat arm and initially women will be inducted as soldiers for military police duties. Their duty will be policing the army cantonment," Major General (Rtd) A K Siwach told Sputnik. "As of today, they will be first inducting as a women soldier in the military police and then in a gradual fashion they will be taken into combat arms," Major General (Rtd) A K Siwach told Sputnik.