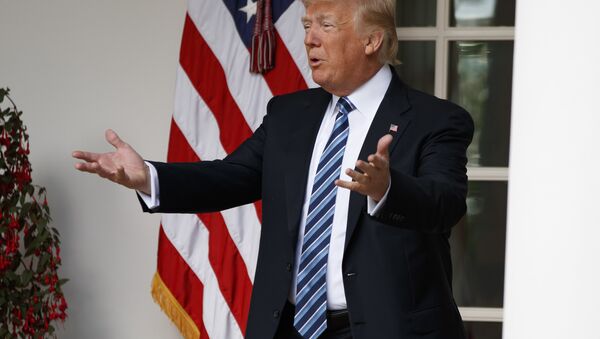 US President Donald Trump has broaken all the pre-election promises, Syrian President Bashar Assad told in an interview published on Saturday.

"Trump's election has proven again for us that the president is only a performer. He is not a decision maker… Trump, after he became president, has swallowed most of his promises and the words that he was boasting during his campaign. He made a 180 turn in nearly every promise," Assad said.

At the same time, Assad did not specify the promises, which were allegedly changed.

On November 8, 2016, then Republican nominee Trump won against his Democratic rival Hillary Clinton in the US presidential election. During the election campaign, Trump said that the fight against Daesh, outlawed in Russia, would be a priority issue during his presidency.