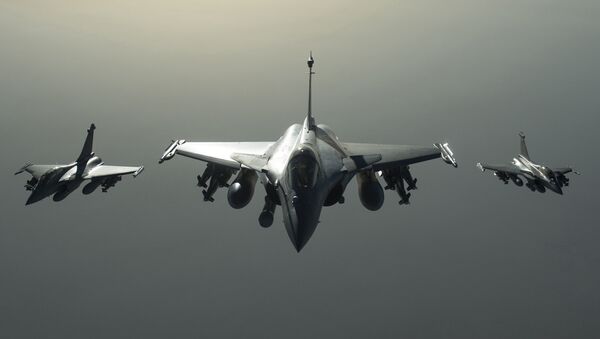 The coalition conducted a strike on a vehicle carrying civilians from Raqqa late on Saturday, the source revealed.

Russian Air Force Monitoring Daesh Attempts to Flee Raqqa Disguised as Civilians
There was no immediate comment from the US-led coalition.

The US-led coalition of 68 nations is conducting airstrikes, ground-based and rocket-propelled artillery fire in Syria and Iraq against Daesh terrorist group, outlawed in Russia. The coalition supports the Syrian Democratic Forces (SDF), which predominately consists of Kurdish fighters but also includes members of the Syrian Arab Coalition. Damascus does not recognize operations carried out by the SDF as legitimate.

Earlier on Saturday, Damascus sent letters to the UN Secretary-General (UNSG) and the UN Security Council (UNSC), calling for the cessation of the US-led coalition airstrikes in Syria as it causes numerous deaths among civilians and violates international law.

A recent report issued by the Syrian Network for Human Rights showed that the US-led coalition strikes had killed over 1,200 civilians since the beginning of the operation in 2014. Later that month, an airstrike carried out by the coalition in Syria's eastern town of Al Bukamal reportedly killed at least 31 civilians and injured many others.