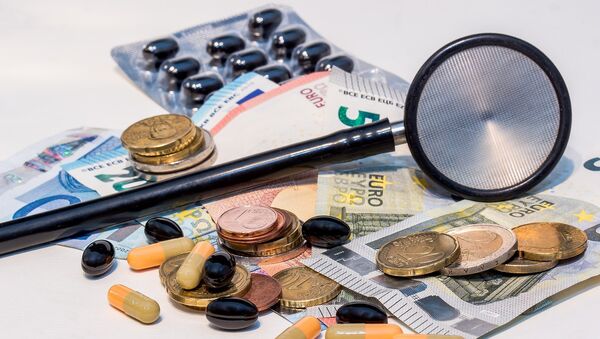 Nealry half of Americans see the Republican healthcare plan as a tool to gain political win rather than a genuine attempt to fix the health care system, a new poll shows.

WASHINGTON (Sputnik) — Almost half of US voters believe the Republican plan to repeal and replace Obamacare was not a sincere attempt to resolve the problem and was largely designed to deliver a political victory, a Monmouth University poll revealed.

"Nearly half of the public (46%) feels the House passed AHCA largely to give Republicans a political win. Just 21% say it was primarily a genuine attempt to fix the health care system," Monmouth University said in a press release accompanying the poll on Wednesday.

Healthcare Concerns Top List of Worries for US Voters - Poll
Moreover, only 32 percent of Americans approve of the Republican healthcare plan versus 55 percent who oppose it.

On Wednesday, the Congressional Budget Office said the new Republican healthcare plan would reduce the budget deficit by $119 billion but it would strip 23 million Americans of health insurance.