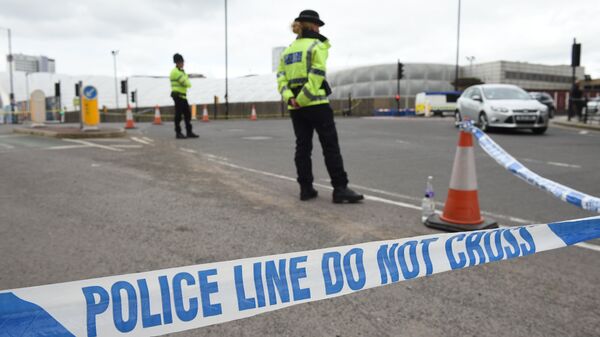 The bombing late Monday at a pop concert in Manchester is the worst to hit the UK since the attacks in London in the summer of 2005. According to Nordic terror experts, there could have been more attacks had the British police been less successful in its prevention work.

MI5 Revolted by 'Disgusting' Manchester Attack, Focused on Keeping Country Safe
While terrorism itself is nothing new to Britain, most terrorist acts have been linked to separatist movements. Jihadist terrorism, on the other hand, has emerged over the recent decade and is known to strike indiscriminately at innocent victims for more effect, researcher Antti Paronen of the Finnish Defense College told the Finnish daily Hufvudstadsbladet.

According to Magnus Ranstorp, a senior researcher of the Swedish National Defense College, the UK has always been at risk of a terror attack.

"There has been a constant terrorist threat across Britain, and the second highest level of emergency preparedness has been established in recent years. However strange it may sound, yesterday's attack was actually expected," Magnus Ranstorp told Swedish national broadcaster SVT.

Magnus Ranstorp gave credit to the UK's anti-terrorist measures, stressing the fact that at least one terrorist attack of similar proportions has been prevented each year since the series of coordinated attacks in London in July 2005. Scotland Yard has 1,700 employees and maintains a well-developed strategy for detecting and preventing terrorism, Ranstorp pointed out. According to him, about 200 people have been jailed for terrorist involvement in the UK over the past years. Some of them, however, have served their punishment and have been released.

According to Ranstorp, the UK also benefited from the advantage of not participating in the Schengen cooperation, unlike other EU member states. The UK admittedly had an easier task of following suspected terrorists in and out of the country. However, about 800 British nationals have participated in the war in Syria, of which about 400 have returned and are expected to have exacerbated the risk of Islamist terrorism in the country.

Manchester Attack: Hope, Sadness and Islamophobia Spreads on Social Media
Norwegian terror researcher Atle Mesøy stressed that the UK's list of suspected terrorists included some 3,000 people and that it was impossible to follow them 24/7. According to him, it was only a matter of time before they slipped through the security network, Norwegian national broadcaster NRK reported.

Swedish terror researcher Hans Brun of King's College in London agreed that jihadist circles are the most likely suspect behind the blast. He also noted that that major arenas were easy targets, because they attracted large crowds. He also ventured that the deceased terrorist may have selected the concert venue because it had less security controls than the arenas where Manchester's two world-known football teams play.

"It is quite a well-known fact that large crowds are attracting this kind of risk, especially when people are leaving. There seem to have been security checks upon entrance, but it also seems to have been easy for the perpetrator to simply wait outside," Hans Brun told SVT.

According to Brun, this tactic is nothing new and is quite common in Africa and the Middle East. "The security of arenas can never reach 100 percent," he pointed out.