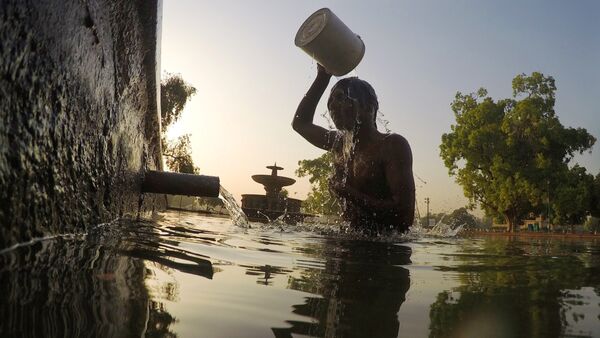 Scorching heat, coupled with drought, which has prompted a water crisis in several parts of India, has led to more than a 200 deaths as the temperature has soared to 49.3 degrees Celsius in India.

The southern parts of India are especially facing severe water crisis, which is forcing farmers to end their lives under the burden of high debt due to crop failure this year. The southern region includes the states of Andhra Pradesh, Telangana, Karnataka, Kerala and Tamil Nadu.

India has witnessed more than 4,600 deaths caused by heat wave over the last four years.