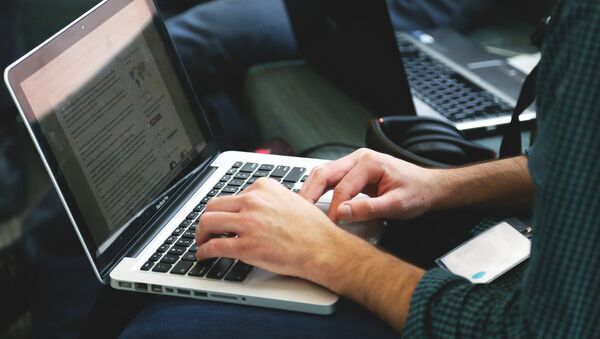 CC0 / Pixabay /
Subscribe
According to a department's spokesman, US Department of Homeland Security is considering the possibility of extending a laptop ban on all US-bound flights from the European Union despite ongoing talks with the bloc on the issue.

Talks Continue After Laptop Ban on all Europe Flights to US Averted
MOSCOW (Sputnik) – The US Department of Homeland Security is considering the possibility of extending a laptop ban on all US-bound flights from the European Union despite ongoing talks with the bloc on the issue, a department's spokesman said.

"We are considering extending the restriction that is in place in the Middle East and north Africa now, and the expansion of those restrictions could include Europe and other locations… We’ve had ongoing discussions with our European colleagues but it is still something that Secretary [John] Kelly is considering," David Lapan said, as quoted by the Financial Times newspaper.

The move triggered dismay in the European Union following media reports about the possible extension of the ban to some European states. This prompted a discussion of the proposed plans in Brussels. On Wednesday, EU Commission officials held a meeting with the US delegation headed by Deputy Secretary of Homeland Security Elaine Duke to discuss aviation safety and security, including the selective US ban. According to European Commission spokesman Margaritis Schinas, no ban on electronic devices, as well as other measures, on flights from Europe were agreed upon during the meeting.

According to the newspaper, EU and US officials will hold another meeting next week in Washington to talk about extension of the ban.