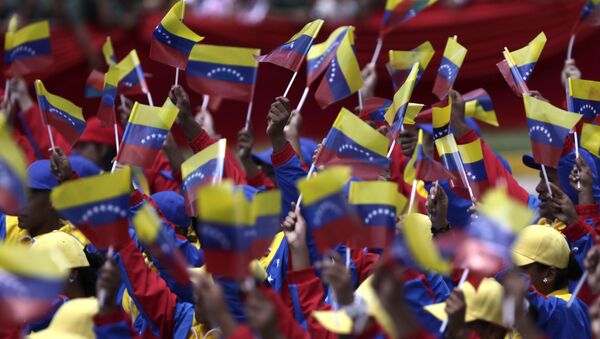 The US Treasury Department’s Office of Foreign Assets Control has added more individuals to its Venezuela sanctions list.

US Tries to Interfere in Venezuelan Affairs Through UN Security Council - Envoy
WASHINGTON (Sputnik) — Eight individuals who are all members of the Venezuelan Supreme Court of Justice were added to the US Treasury Department's Venezuela sanctions list, a press release from the Office of Foreign Assets Control said.

"The designated officials, members of Venezuela's Supreme Court of Justice (Tribunal Supremo de Justicia or TSJ), are responsible for a number of judicial rulings in the past year that have usurped the authority of Venezuela's democratically-elected legislature, the National Assembly, including by allowing the Executive Branch to rule through emergency decree, thereby restricting the rights and thwarting the will of the Venezuelan people," the release stated on Thursday.

The release noted that the eight people were responsible for writing or defending all of the decisions that limited the ability of Venezuela’s National Assembly to do its constitutional duties.

The United States is calling on Venezuela to allow the democratically elected National Assembly to carry out its work, the release added.