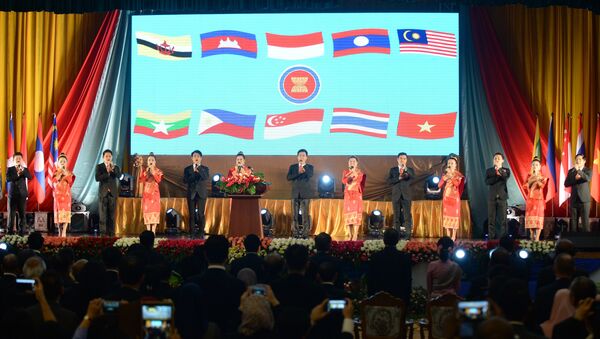 China and the Association of Southeast Asian Nations (ASEAN) have reached an agreement on a framework for the South China Sea Code of Conduct, 15 years after they officially declared their intention to do so.

"We are pleased to announce that the senior officials have completed the negotiations of the draft COC (code of conduct) framework, ahead of the mid-2017 timeline which leaders of ASEAN and China had set," the Chinese Foreign Ministry said in a statement.

All parties "uphold using the framework of regional rules to manage and control disputes, to deepen practical maritime cooperation, to promote consultation on the code and jointly maintain the peace and stability of the South China Sea," the statement detailed.

China, Vietnam Agree to Minimize South China Sea Disputes
The agreement was reached during the 14th Chinese and ASEAN senior officials' meeting on the implementation of the Declaration on the Conduct of the Parties in the South China Sea (DOC), co-chaired by Chinese Vice Foreign Minister Liu Zhenmin and Singapore's Permanent Secretary for Foreign Affairs Chee Wee Kiong. The meeting was held in the southern Chinese city of Guiyan.

It concludes a series of China-ASEAN meetings over the course of the last few months, held in Indonesia and Cambodia.

According to Liu, the agreement was reached earlier than anticipated. He stressed that, according to the work plan, China and ASEAN countries were expected to finish consultation on the draft framework for the COC by the first half of this year.

The framework, the result of a crucial phase in the broader COC negotiation process, has laid a solid foundation for further negotiations, Liu said.

All parties have vowed to continue to constructively to advance negotiations toward an early conclusion of the COC process, he added.

The meeting also saw the establishment of three technological committees, agreed on outcomes for the trial application of the China-ASEAN diplomatic hotline platform, and updated the 2016-2018 work plan, according to a report by China's Xinhua news agency.

China has territorial claims on most of the South China Sea, a major trading route, through which about $5 trillion in goods pass every year. Brunei, Malaysia, the Philippines, Taiwan and Vietnam also have overlapping claims on parts of the sea.