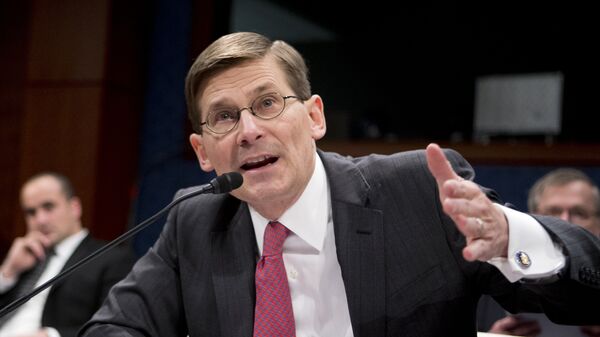 WASHINGTON (Sputnik) — On Monday, the Washington Post reported that Trump told Russian Foreign Minister Sergei Lavrov and Ambassador to the United States Sergei Kislyak information about a terror threat involving laptops on airplanes that originally came from a US partner through an intelligence-sharing agreement.

"Foreign countries share intelligence with the United States regularly, and now they're going to take pause and question whether they should do that if they're afraid the information they're providing could be shared with an adversary of ours and theirs," Morell told CBS.

What's Behind Bogus Story About Trump Sharing Sensitive Intel Data With Russia
Following the media reports, National Security Advisor H.R. McMaster stressed that Trump has not revealed any intelligence sources in the conversation at the White House last week. The officials spoke about threats from terrorist organizations, including threats to aviation, McMaster emphasized.