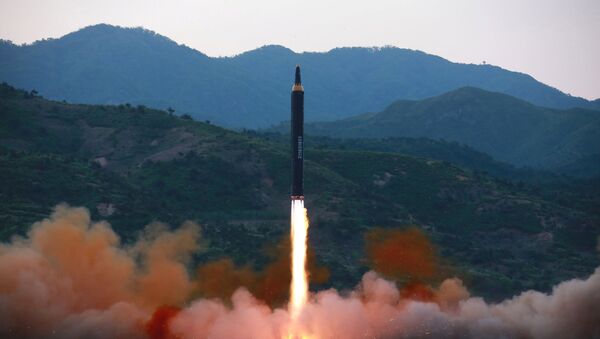 UNSC Agrees to Take Further Measures Regarding North Korea Missile Launches
MOSCOW (Sputnik) — On Monday morning, North Korea officially confirmed that it had conducted the launch of a medium-range ballistic missile a day before. The missile fell into the Sea of Japan outside of Japan's special economic zone. The missile reached an altitude of 2,000 kilometers (1,245 miles), the first time for was reached for the first time.

South Korea’s special envoy is expected to meet Japanese Prime Minister Shinzo Abe and Foreign Minister Fumio Kishida during his visit to discuss the most topical issues of bilateral relations, particularly the crisis on the Korean peninsula, the NHK broadcaster reported.

The Japanese officials are not willing to engage in dialogue with Pyongyang and instead want to use more power in alliance with Seoul, according to the broadcaster.

North Korea has carried out a number of missile launches and nuclear tests in recent months, all of which are considered to be in violation of the UN Security Council resolution. Pyongyang's provocations are also seen as a threat by its neighbors, Japan and South Korea, and their allies.