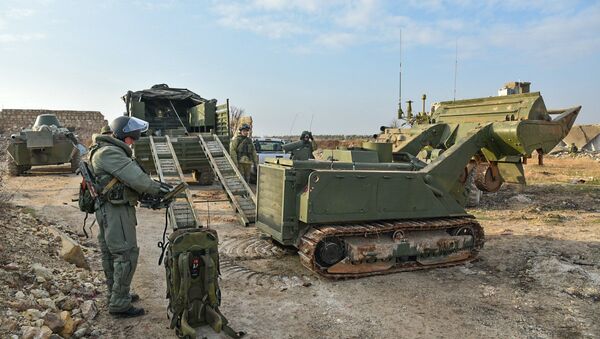 © Ministry of defence of the Russian Federation
/
Go to the mediabank
Subscribe
International
India
Africa
Palestine appreciates Russia’s efforts to counter terrorism in the Middle East and its contribution to peaceful settlement and strengthening of security in Syria, Palestinian President Mahmoud Abbas said Thursday.

"President Putin and I touched upon a range of issues on situation in the region. We appreciate Russia’s efforts to counter terrorism, as well as its contribution to strengthening security and stability in the Middle East, including Syria," the Palestinian leader told a joint press conference with Putin.

He stressed that Palestine had always called for a settlement in the region based on dialogue in order to preserve the unity and territorial integrity of both countries.

"We hope, bearing in mind the place and influence Russia has in the peace process, that it can be possible for our people to enjoy freedom and sovereignty, live in an independent Palestinian state with a capital in eastern Jerusalem within the borders of 1967," Abbas added.

Palestine is engaged in decades-long conflict with Israel. The Israeli government refuses to recognize Palestine as an independent political and diplomatic entity and continues to build settlements within the occupied areas, despite objections from the United Nations.

Abbas 'Welcomes Trump's Desire to Resolve' Israeli-Palestinian Conflict
The civil war in Syria has been lasting for around six years with government troops fighting against numerous opposition factions and terror organizations such as al-Nusra Front and Daesh, outlawed in Russia.