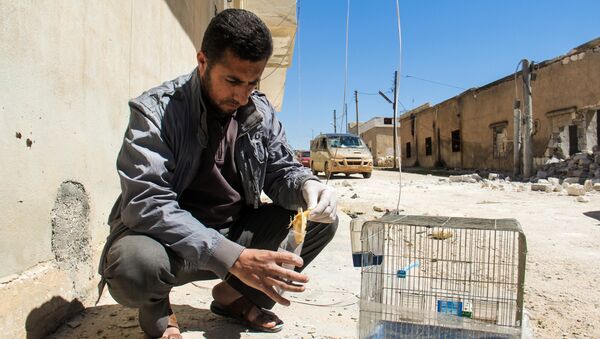 At the end of the day, the United States and EU countries will silently admit that April's chemical weapons incident in Syria was little more than a provocation, Russian expert Lev Klepatsky told Sputnik.

Source Confirms Info on Al-Jazeera Filming Staged Chemical Attack in Syria
In an interview with Sputnik, Russian expert Lev Klepatsky told Sputnik that in the long run, Washington and Brussels will have to silently acknowledge that an alleged chemical attack in Syria's Idlib province was little more than a provocation.

On April 4, the National Coalition for Syrian Revolutionary and Opposition Forces claimed that 80 people were killed and 200 injured in a suspected chemical attack in the town of Khan Shaykhun, promptly blaming the Syrian government.

Damascus vehemently rejected the accusations and said the militants and their allies were responsible. 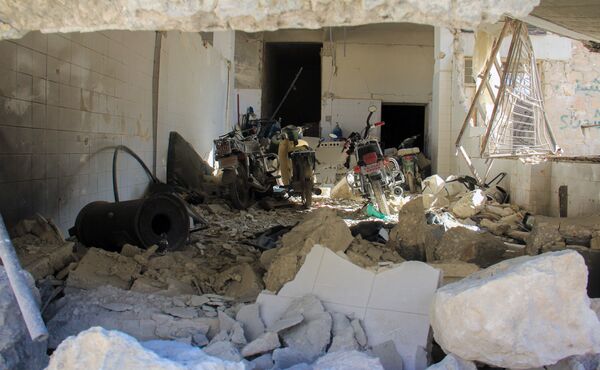 On April 7, the United States launched 59 Tomahawk cruise missiles at the Syrian military airfield in Ash Sha'irat, located about 40 kilometers (25 miles) from the city of Homs.

US President Donald Trump said the attack was a response to the alleged use of chemical weapons in Khan Shaykhun, which was slammed by Russia as an act of aggression against a sovereign state.

The Aftermath Of An Alleged Chemical Weapon Attack In Idlib https://t.co/NurYXfAPfg pic.twitter.com/O021qFpskG

On Friday, Alexander Lavrentyev, the Russian delegation head at the Astana talks and Special Presidential Representative for Syria, said that Russia has irrefutable evidence indicating that the events in Khan Shaykhun were a provocation, and that Moscow will continue to convince the West to change its position on the matter.

"You understand perfectly well that Russia has all the irrefutable evidence that this is a pure provocation on the part of individuals and organizations that are not interested in achieving peace on the Syrian soil. Unfortunately, however, all of our explanations, arguments, and attempts to prove stumble into the complete misunderstanding of the West," Lavrentyev told reporters.

Speaking to Sputnik, Professor Lev Klepatsky of the Russian Foreign Ministry's Diplomatic Academy said that Washington and the EU countries have, in fact, put themselves in a difficult situation.

According to him, "the West has nothing left to do but to deny its involvement in the alleged chemical attack in Idlib."

"If the West was interested in an effective investigation, it would have certainly checked all the facts in order to confirm or reject the allegations. In this vein, the West's reluctance to open a probe only confirms the fact the alleged Iblib chemical attack was nothing but a provocation," Klepatsky said.

He added that "the [West's] goal in this case is to persistently try to overthrow the Syrian government and replace it with Western puppets."

He also said that "the West will sooner or later have to agree with Russia's position on the matter, a move that Klepatsky said will never be followed by public confirmation.

"Russia should now distribute the information about the Khan Shaykhun chemical incident being a provocation through diplomatic and information channels, which will help show the real state of affairs. So in the end, the West will have to silently admit the truth even though they will not recognize it in public," Klepatsky concluded.