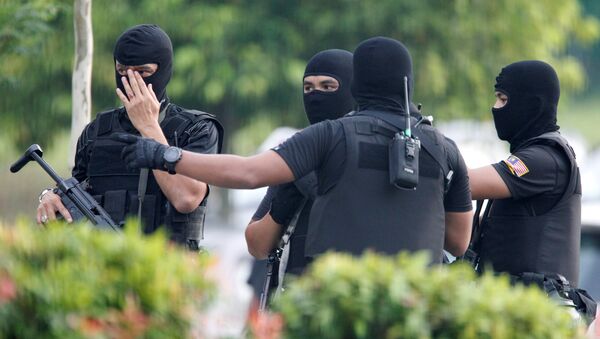 "He was not involved in terror activities throughout his 12-year stay here before this. But when he began to get involved, we acted," Inspector-General Khalid Abu Bakar told reporters, as quoted by the Anadolu news agency.

Bakar said the suspect, Ismet Ozcelik, was detained Thursday for posing a threat to national security. He denied that police had acted at Ankara’s request. Earlier this week, Malaysian authorities captured two other Turkish men suspected by Turkey of being part of the banned FETO movement.

Tens of thousands of academics, civil servants, police and military personnel have been detained or laid off on suspicion of being associated with FETO’s alleged leader Fethullah Gulen, a US-based cleric accused of masterminding the July 15 failed coup.

German media reported that Turkish intelligence had been spying on ethnic Turks they suspect of supporting Gulen and gave Berlin a list of hundreds of targets they wanted to be handed over to Turkey. Germany reportedly refused.