'Massive' 50% Increase in Ransomware Attacks Around the World 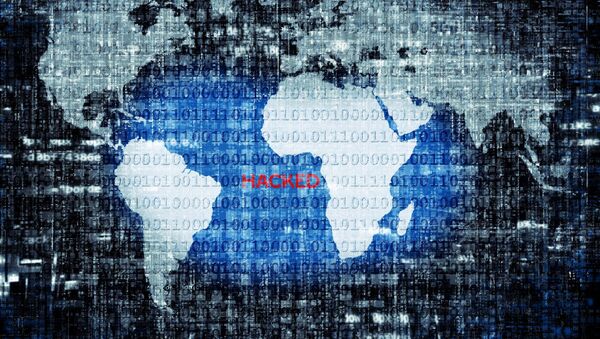 © Photo : Pixabay
Subscribe
A new report on cybercrime against businesses around the world has found that ransomware attacks rose by a staggering 50% from 2016. Sean Sullivan, a security analyst at F-Secure, warned Sputnik that "anybody could be exposed" to these tactics, and so be at risk of extortion for money.

The massive rise in the use of malware, means that it is now responsible for 51% of all the cyberattack incidents analyzed in the annual Verizon data breach report, which looked at almost 2,000 cyber breaches.

​Sean Sullivan explained to Sputnik that the findings are indicative of the fact that any computer user is at risk.

"The most common victims are going to end up being people who use Windows computers, but it could really be anybody, as the spread of ransomware is via spam and drive-by downloads from websites that have been compromised, and that accounts for just about anybody who is exposed to computing."

"The way that it works is that, like other malware, it first gets a hold of your system, either through a vulnerability in software that you're running, or through you being tricked into running the attachment in the email.

"That then gets a foothold on the machine, and drops a bot basically that can be configured to do many different things, but that the current business model of the day is that it drops ransomware."

Mr. Sullivan says that the extent of the spread of ransomware could be even greater than the Verizon report suggests.

"We've seen the number of variants increase by far more than 50%. The amount by volume is one thing. I think we would look at Verizon's report and kind of agree with what they're seeing as far as far as the overall amount of malware being ransomware, but the number of ransomware variants is I think 300-400 times what it was a year ago.

"It's the business model of the day, and it is the easiest way to monetize existing the existing malware ecosystem," Mr. Sullivan told Sputnik.

The Verizon report analyzed how different sectors were affected by these kinds of cyberattacks, and found that healthcare sectors around the world are being particularly targeted.

The findings echo concerns raised by the UK government, which has highlighted the NHS as being vulnerable to cyber exploitation.

In October 2016, the new UK National Cyber Security Center, warned that cyber-criminals are stealing patient's data from NHS Trusts and then issuing ransom demands to extort money from hospital.

It was revealed that at least 28 NHS Trusts across England fell victim to cyber-criminals attempting to blackmail them for money in 2016.

​Sean Sullivan agreed that large organizations in the public sector are appealing to cybercriminals.

"Hospitals are suffering the brunt of it because it's easier to tell that they can pay more," Mr. Sullivan told Sputnik.

Mr Sullivan explained that what ever sector a computer user works in, simple preventative measures could help avert being the victim of ransomware.

"Ransomware attacks rely on the fact that you don't have back ups, so first and foremost, back up your documents."

​"Make sure that your computer is patched and up to date… and be very skeptical of spam with zip attachments as this is by far the method that is used to spread this stuff," Mr. Sullivan said.

000000
Popular comments
so, 2000 breaches globally...funny, I thought that there were far more businesses around to make that number insignificant. Fear mongering is what this is.
michael
30 April 2017, 23:51 GMT
000000
Newsfeed
0
New firstOld first
loader
LIVE
Заголовок открываемого материала
Access to the chat has been blocked for violating the rules . You will be able to participate again through:∞. If you do not agree with the blocking, please use the feedback form
The discussion is closed. You can participate in the discussion within 24 hours after the publication of the article.
To participate in the discussion
log in or register
loader
Chats
Заголовок открываемого материала
Worldwide
InternationalEnglishEnglishMundoEspañolSpanish
Europe
DeutschlandDeutschGermanFranceFrançaisFrenchΕλλάδαΕλληνικάGreekItaliaItalianoItalianČeská republikaČeštinaCzechPolskaPolskiPolishСрбиjаСрпскиSerbianLatvijaLatviešuLatvianLietuvaLietuviųLithuanianMoldovaMoldoveneascăMoldavianБеларусьБеларускiBelarusian
Transcaucasia
ԱրմենիաՀայերենArmenianАҧсныАҧсышәалаAbkhazХуссар ИрыстонИронауОssetianსაქართველოქართულიGeorgianAzərbaycanАzərbaycancaAzerbaijani
Middle East
Sputnik عربيArabicArabicTürkiyeTürkçeTurkishSputnik ایرانPersianPersianSputnik افغانستانDariDari
Central Asia
ҚазақстанҚазақ тіліKazakhКыргызстанКыргызчаKyrgyzOʻzbekistonЎзбекчаUzbekТоҷикистонТоҷикӣTajik
East & Southeast Asia
Việt NamTiếng ViệtVietnamese日本日本語Japanese中国中文Chinese
South America
BrasilPortuguêsPortuguese
NewsfeedBreaking
09:40 GMTRussian Military Base in Tajikistan to Add 30 New Tanks to Fleet Before End of Year
09:38 GMT'Snowflakes Sad': SNL Takes Jab at President Biden Receiving Shoulder Massage From VP Biden
08:43 GMTOpposition Parties in Maldives Join Hands in Calling For End to Indian Military Presence
08:29 GMTMexican Army Detains 'Priority Target' in 2019 Massacre of Mormon Family, State Attorney Says
08:10 GMTGun Involved in Killing Halyna Hutchins Was Reportedly Used by Crew Off-Set for Fun
07:34 GMTTop UK Army Bosses Accused of 'Covering Up' Killing of Kenyan Woman by British Soldier
06:11 GMTAs Israel Preps to Vaccinate Kids Against COVID-19, Some Say They Will Be Against 'Coercion'
06:06 GMT‘Inexperienced, Green’ Armourer on Alec Baldwin Film Set Described as ‘Careless With Guns’ Before
06:03 GMTHow Long Can Chelsea Survive Without a Striker?
05:22 GMT6.2 Magnitude Earthquake Shakes Taiwan - EMSC
05:14 GMTUS Still Ready For Dialogue With North Korea Without Preconditions, Special Envoy Says
04:31 GMTFacebook Struggled to Curb Violent, Divisive Content in India, Internal Documents Show
03:23 GMTWho’s the Best Football Player in the World?
02:45 GMTAmerican Film Institute Establishes Scholarship in Memory of Halyna Hutchins
02:30 GMTMore Than 10,000 Sequoias Must Be Removed After California Wildfires, National Parks Reveal
01:00 GMTWho has the Edge Between Manchester United and Liverpool?
00:12 GMTBritish Military Brings Over 100 People Who Had Left Afghanistan to UK - Defense Ministry
YesterdayUS Seeking Clarity Over Turkey’s Intention to Declare US Ambassador Persona Non Grata
YesterdayUS Authorities Getting Veterans Involved in Resettlement on Afghan Refugees - Reports
YesterdayBiden’s Popularity Drops More Than That of Any Other US Leader Since End of WWII - Poll