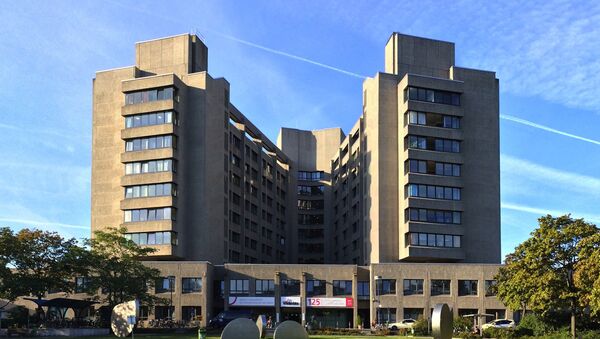 Shots have been fired at a Hospital in Kreuzberg area in Berlin, local media reports.

A large area around the hospital has been closed down, German broadcaster RBB reported.

The man threatened a police officer with a gun in the parking lot of the hospital, Berlin police wrote on their Twitter page. The police repeatedly warned him to stop, but the perpetrator did not listen to them, which prompted the officers to fire at him.

"A man attacked police officers, one of the police officers used their weapon, the man was wounded in the leg. He is currently in the hospital. We cannot say anything else," a police spokeswoman said.

Tagesspiegel reports that the man had previous mental issues and today's attack was not the first time he threatened police officers.