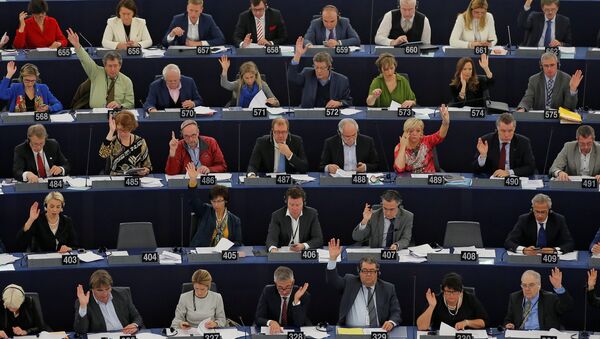 © REUTERS / Vincent Kessler
Subscribe
Members of the European Parliament (MEPs) can claim up to US$4,727 per month, but "parliament cannot shed any light on how individual MEPs are spending their office allowance" with documents, receipts, financial spot checks or audit for the allowances, which cost up to US$43.5 million per year, according to a new report.

MEPs are entitled to a number of allowances designed to help carry out their mandate under the General Expenditure Allowance (GEA), which is meant for office expenses related to their work as a MEP, such as rental costs for constituency office space, phone bills, or office supplies.

€40m a year is spent by MEPs with no receipts & no #transparency; a @Europarl_EN expenses scandal waiting to happen? https://t.co/0jy0YpxRbV pic.twitter.com/9H7JbzMV7l

​According to Transparency International EU, the GEA occupies "a unique position as possibly being the only EU budget line that completely lacks transparency and, more astonishing, absolutely no financial controls."

"Despite the impression that the GEA is an additional salary for MEPs or some magical pot of money to be used as desired, it is not. It is public money that has rules in place in the Members' Statute, accompanying implementing measures and financial regulation, on how it must be spent. There are also internal guidelines that are given to MEPs to clarify what this money should be used for," the report states.

"Yet, as we confirmed last year through an access to document appeal, the Parliament cannot shed any light on how individual MEPs are spending their office allowance. This is for the simple reason the Parliament does not possess any documents. No receipts. No financial spot checks. No audits. Nothing. 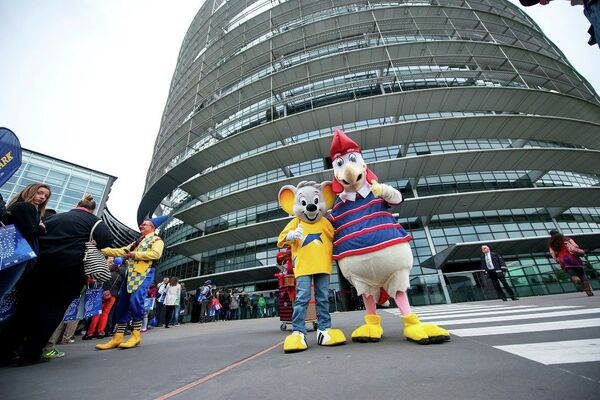 "The only certain fact we can be sure of is that MEPs are spending the money. It follows that the money that is not used for its intended purposes should be paid back to the Parliament. However, the Secretary General confirmed that 98.4% of all MEPs in 2014, including departing ones from the last mandate, used the full amount of their GEA, down to the last centime," the report said.

"There is no doubt that a lack of accountability involving elected parliamentarians erodes public trust and any subsequent scandals amplifies this while simultaneously feeding into the Eurosceptic narrative. Given past allegations and convictions over misuse of their other allowances, the risk of fraud and potential scandal involving the GEA should be of great concern to the MEPs, the Parliament, and its leadership. However, it is not," Transparency International EU said.