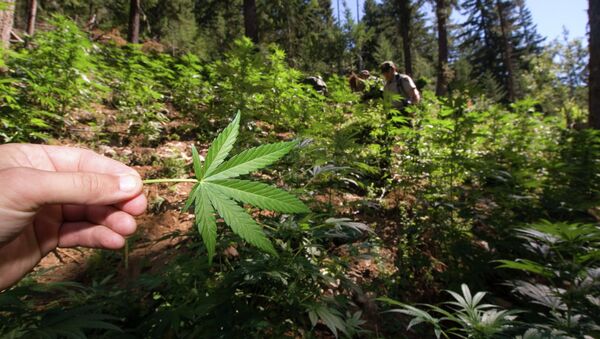 © Flickr / David Snyder
Subscribe
International
India
Africa
According to a new poll, two thirds of US voters support the legalization of marijuana.

"Sixty-one percent of respondents think that the use of marijuana should be legal, a five-point increase from last year and the highest percentage ever recorded in this poll," the pollster said.

Seventy-one percent of voters oppose federal government attempts to curb marijuana sales and its use in the states that have legalized it, the poll found.

US Attorney General Jeff Sessions has in the past compared marijuana abuse to heroin epidemic and opiate abuse, which are killing 140 Americans each day.

Advocates for marijuana legalization — who often claim that marijuana is safer than alcohol — have noted that authorities are unable to cite a single death caused by smoking too much of the intoxicating weed.

April 20, or 4/20, has been long considered Weed Day in the United States.